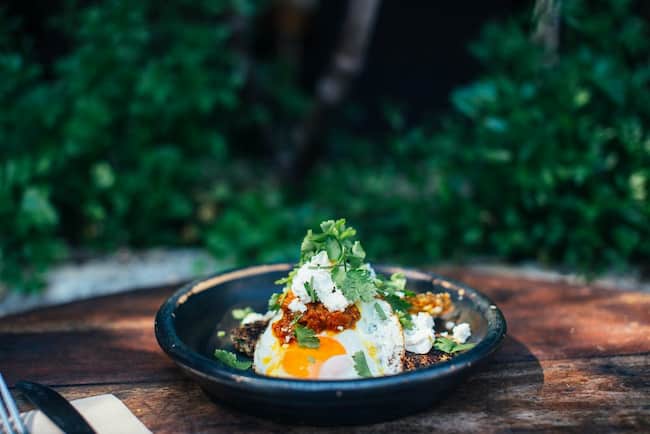 A Nutritionist’s Guide to Plant-Based Protein?

If you follow a wholefoods plant-based diet, all your dietary needs will be met naturally, but some nutrients can benefit from a little extra attention because they’re found less readily in plants than in animals. In this article, I focus on protein – which is the nutrient people tend to worry about most when transitioning to a plant-based lifestyle.

But firstly, if you’re thinking of going plant-based – take a moment to consider whether it is the best choice for you.

Some people find it much easier to gradually swap to a plant-based diet – e.g., by following a vegetarian or vegan diet initially and then becoming increasingly ‘flexitarian’ as time goes on, rather than just throwing out those animal products overnight! However, this approach doesn’t work for everyone. If you decide that switching to a wholefoods plant-based lifestyle is right for you, then I hope that this information will help you ensure your diet contains all the nutrients needed for optimum health and wellbeing.

Wholegrains are staples of a plant-based diet. They’re good sources of fiber, B vitamins, iron, zinc & magnesium – so whether you eat wholemeal bread or brown rice, they are the most nutritious option for most plant-based meals.

However, the body only absorbs the small amount of protein in whole grains slowly (over several hours), which can mean your blood sugar levels don’t spike after eating and then crash again an hour or two later, leaving you hungry and tired. Plus, grains contain phytic acid (which is excellent at binding to minerals like calcium, iron & zinc), but it also binds to protein, making it harder for our bodies to absorb this too.

Like grains, legumes are also good plant-based sources of protein. They are high in fiber, B vitamins, iron, zinc & magnesium – plus they contain small amounts of all essential amino acids, which is excellent.

There are plenty of combinations to try that taste delicious too! For example, you can try having brown rice or wholegrain bread alongside lentil dahl; quinoa pilaf with butter beans; wholemeal pitta filled with hummus; or couscous with kidney beans.

Although nuts and seeds contain some protein, they don’t provide the same amino acid profile as animal-based foods – which is why they shouldn’t be relied upon and should only be eaten occasionally and in smaller amounts.

They make a valuable contribution to plant-based diets, though – with high levels of fiber, B vitamins, iron, zinc & magnesium – plus they can be used as a tasty base for plant-based puddings using coconut milk as a dairy-free alternative! So spread nut butter on wholemeal bread or toast; enjoy some trail mix with dried fruit for an energy boost; try adding pumpkin seeds to salads or use tahini as a dressing for quinoa, couscous, or roast veg instead of hummus.

Ok, so I’ve mentioned a few times that some animal products shouldn’t be relied on too heavily – and one type of food that falls into this category is soya. Although it is a good source of protein, it does have disadvantages – including the Phyto-oestrogen content, which can interfere with your hormone levels and put more strain on your kidneys; plus, eating large amounts may even reduce bone density.

It’s essential to choose plant-based foods that are packed with nutrients so they can provide you with all the protein, B vitamins, etc., you need in your diet – but there are lots of tasty alternatives to cow’s milk products, too if you prefer them.

(1). For these reasons, I would recommend limiting soy to no more than 2-3 servings per week and choosing organic options where possible to avoid genetically modified organisms.

(2). Try almond, oat, or rice milk instead of drinking cow’s milk; use coconut yogurt instead of dairy in recipes; swap cream for coconut cream in desserts and smoothies; or enjoy a good old fashioned bowl of porridge topped with banana slices! You could even try making your nut kinds of milk at home using this recipe from The Vegan Society

(3). There are loads of dairy-free options available for ice cream lovers, too, if you don’t fancy giving soya ago. I love Alpro’s caramel and fruit flavors the best, but most supermarkets stock their brand versions, which are also good.

READ:  Benefits of Vicks on The Bottom of Feet

(4). Plus, they can be used in place of meat or fish in some recipes – such as Thai green curries, fragrant Indian dahl dishes, and hearty Mexican chili bowls filled with black beans & kidney beans.

Although not technically a plant-based protein source, pulses can be included in a vegan diet as they provide a decent amount of the essential amino acids that we need to get from our food.

The world has seen a surge in discussions on the benefits of plant-based diets, especially in response to a recent WHO warning that processed meat is carcinogenic and red meat likely carcinogenic. The public health community has raised important questions about how we should eat going forward, given these new insights about animal foods.

In this context, many have turned to historical human dietary patterns for hints as to what might be optimal for us today. This approach makes sense when trying to reverse-engineer our ancestral eating habits from archaeological remains, but it doesn’t always provide reliable guidance regarding contemporary nutrition and disease risk.

For one thing, there are a lot more differences between some historically “traditional” diets than we might think; for example, the Maasai tribe of East Africa subsisted on animal foods (including lots of dairies), while the Inuit people of Canada lived on almost nothing but animal foods until recently.