Sports are about fair play, about a competition among equals, about showcasing the result of the athletes’ hard work and dedication. Or better said they should be – because in many cases, winning is considered to be more important than fair play. For some athletes, this means using substances that help them perform better – the common term for this is “doping”. And, as you might expect, doping is banned in every sports competition in the world.

Russia, it seems, has a strong drive to be the best in every sport imaginable, and they don’t shy away from resorting to the use of banned substances for better results. The result: massive scandals that shake the world of sports, ending in huge fines and bans for Russian athletes from major international competitions.

Doping and Russia: A short history

Russia and doping have a history of more than a decade – or better said, Russia being caught doping. A systematic review of thousands of blood samples from almost 3,000 athletes between 2001 and 2009 has shown that an unusually high number of samples were suspected to be manipulated from a mysterious “Country A” – later, an insider claimed that this was Russia.

Back in 2008, several Russian track and field athletes were caught manipulating their urine samples – all athletes are required to provide these for testing after each competition – which led to their suspension from the Summer Olympics hosted by China. Two years later, while attempting to qualify for the 2010 Winter Olympics, several Russian biathletes were involved in doping offences. Several sports officials have spoken about systematic doping in the country.

An employee of the Russian Anti-Doping Agency (RUSADA) acted as a whistleblower in 2014, sending information to the World Anti-Doping Agency (WADA) exposing the practices of the local authority that were, let’s just say, not entirely fair-play. The information he published shed light on an alleged state-run doping operation – in the end, the allegations resulted in a documentary by German journalist and author Hajo Seppelt aired by the German channel ARD.

The doping allegations involving Russian athletes didn’t stop, not even after WADA looked deeper into the matter.

The investigations continued for years afterward, ultimately resulting in the Russian Olympic Committee’s suspension from the 2018 Winter Olympics in Sochi, only allowing Russian athletes with no record of drug abuse to compete under the Olympic flag. And last year, Russia was suspended from every major upcoming sports event, from the 2019 World Athletics Championship to the 2024 Summer Olympics.

The final chapter of Russia’s doping saga came just a few weeks ago when World Athletics fined Russia’s track and field federation $10 million for breaching anti-doping regulations. The fine was coupled with the measure of only allowing ten Russian athletes to compete in the 2020 Summer Olympics in Tokyo, and even those only if at least half of the $10 million fine will be paid by the RUSAF (All-Russia Athletic Federation) by the beginning of June. 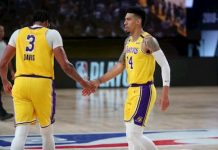 Lakers vs Trail Blazers live stream: How to watch Game 2 of the NBA playoffs online 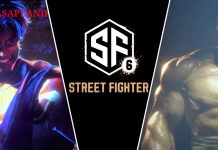 The New Logo Of Street Fighter 6 Is Getting More Controversial