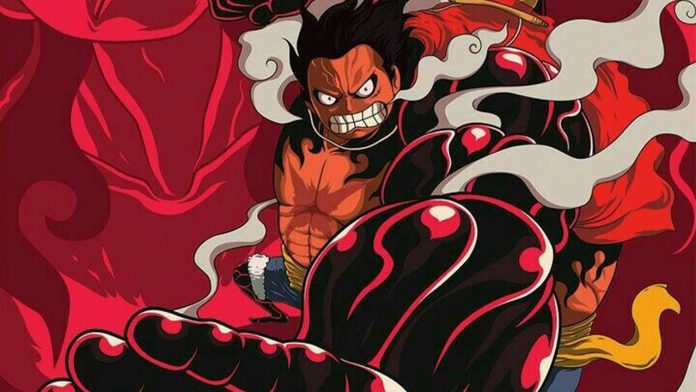 Luffy has been using Gear for quite some time now. Born in Enies Lobby after having witnessed the use of Rokushiki by the CP9, Luffy has slowly made them evolve by obtaining three forms. Thanks to them, we have seen it take down many antagonists during the ONE PIECE sagas. Yet they may not be enough given who is in front of him now.

ONE PIECE chapter 1010 saw a counterattack from Luffy. The Straw Hat Pirate managed to deliver extremely powerful punches to Kaido, severely injuring him, and the secret of these effective attacks lies in the use of the Conqueror King’s Haki. In recent times, Luffy has learned to manage his Haki even better thanks to the teachings of Hyogoro, and thanks to this training and the latest discovery on the Haki infusion of the Conqueror King Luffy could bring out the long awaited Gear Fifth.

By concentrating everything he has learned in a single technique, we could see the new aspect of the protagonist of ONE PIECE towards the end of the fight with Kaido. In fact, Luffy may have already thought of some strengthening during the training week carried out in Wanokuni before the assault.

Another very likely alternative is that, instead of a Gear Fifth, Luffy just takes advantage of the Conqueror King’s Haki infusion in Gear Fourth. This would lead to a boosted Boundman or Snakeman or at least a new variant of this type. Certainly for Kaido he will still be a tough nut to crack, considering that the hits in Gear Fourth received at the beginning of the fight have had an effect.

Do you expect further evolution for Luffy or will he remain the same character for now?