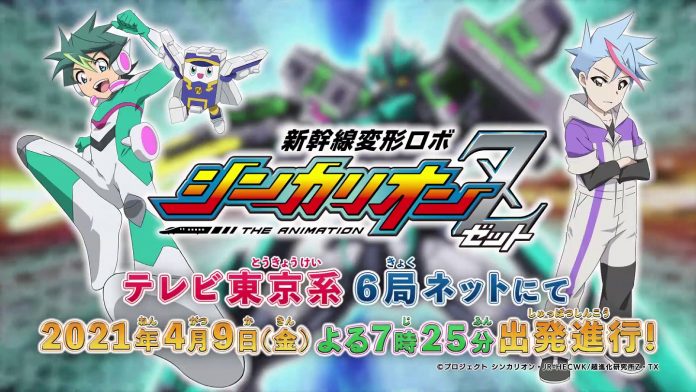 A couple of months ago Takara Tomy revealed that the toy line Shinkalion I would be getting a new animated adaptation, which will be named Shinkansen Henkei Robo Shinkalion Z, now to keep us pending of its next premiere scheduled for the April 9th The official website has published a the beginning sequence of the anime without credits in which we can listen to the theme “New Challenger” from BOYS AND MEN.

The first anime premiered in January 2018 and ended in June 2019, it also featured a movie and basically focused on a group of children piloting various models of Japanese bullet trains. (shinkansen) From real life who transform into robots to fight against an unknown evil to protect the security and peace of Japan, this new project will continue that line but years later.

READ:  Nighthawks : Sylvester Stallone is Planning To Remake as a TV show or series

Kentaro Yamaguchi will be directing the anime in the studio OLM, the director of the first anime will also participate, Takahiro Ikezoe for the position of chief director and will collaborate on the scripts alongside Masanao Akahoshi, the design of the characters will again be in charge of Yuka Aono, while Masafumi Mima it will do the same in the direction of sound.