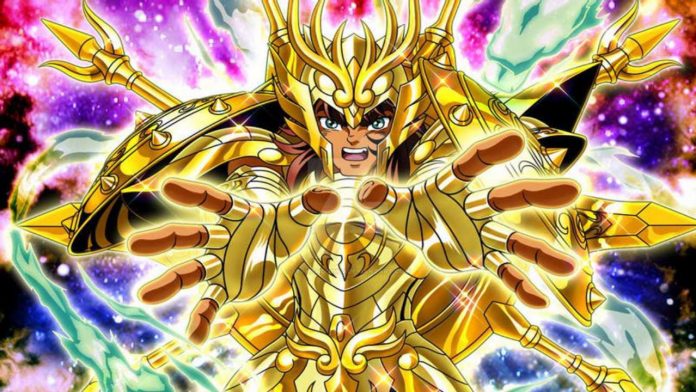 One of the most mysterious Golden Knights of all Saint Seiya it is that of Libra. Shrouded in a shadow of mystery for much of the work, the knight is revealed to be in fact the elderly Master of the Five Peaks, i.e. the master of Shiryu the Dragon. Here he is back on the battlefield in this figure.

The collectible statue made by Tamashii Nations refers, in particular, to Saint Seiya Soul of Gold, series in which the Golden Knights of the twentieth century come back to life for a short time to fight against the Norse god Loki in an attempt to save Asgard. During the events, Dohko of Libra, this is the real name of the wise master, returns to fight wearing the mythical Gold Cloth of the Libra constellation, an armor that later becomes divine, amplifying his already lethal potential.

In this articulated figure, Dohko can assume various typical positions, such as those with which he launches the Secret Shot of the Rising Dragon or the Shot of the Hundred Rising Dragons. In addition to this, there are several faces supplied: with or without helmet, or eyes and mouth open or closed.

While not really a collectible statue, the figure has incredible details, such as the numerous weapons at its disposal the Gold Knight of Libra or the same minutiae of the God Cloth. Seventeen centimeters high, it is on sale at a price of 123 euros.