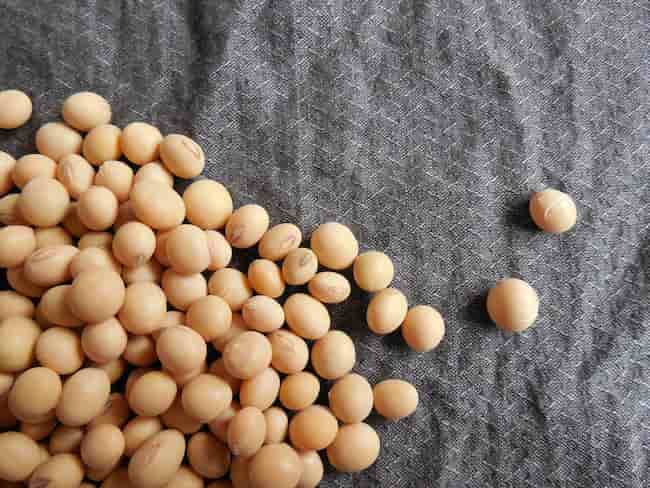 The Benefits and Harms of Soybeans

are always subject to debate, but in the meantime, there are many scientific studies that demonstrate the safety of soybeans.

In addition to being a staple food throughout Asia for centuries, today millions of people consume large quantities of soy foods daily. Soy milk and tofu have been consumed for hundreds of years as part of Asian diets.

In Western countries, where the consumption of soy foods has only become popular during the past few decades, many people worry about potential side effects or risks. The safety of soybeans is therefore often questioned.

With the publication of a recent study in PLoS One, these concerns can be put to rest, at least for now. To investigate the safety issues associated with soybeans (or any other food), scientists use a process called “safety assessment” to determine the potential for harm.

1) asking if there is an association between exposure to a particular food and risk of disease.

2) determining whether this association could be caused by another, unrelated factor

3) if soybeans are shown to be unrelated to disease, demonstrating that even if soybeans are associated with risk of disease, the amount of the food consumed is not high enough to cause harm.

The study reviewed here investigated all of these points. This type of research is extremely important because many people are exposed to soybeans on a daily basis. Many also have concerns about the potential health effects of soy, so it is useful to understand the benefits and risks associated with daily consumption.

To conduct this type of research, scientists gather information by reviewing the medical literature on a particular topic. A computer program organizes all of these articles and makes it possible to compare statements about soybeans from one article to statements in another article, increasing the reliability of the findings.

In this particular study, soybean exposure occurred through the consumption of typical foods including milk, cheese, and yogurt produced with added soy protein, meats from animals fed soy protein, and baked goods made with soy flour.

The participants in the study were adults living in 18 different countries worldwide who provided information about their health history and diet by filling out regular questionnaires.

The study concluded that daily consumption of soybeans, soy milk, tofu, baked goods made with soy flour or tempeh (a fermented soy food) was not associated with an increased risk for any type of cancer. Furthermore, there was no association between these dietary exposures and heart disease.

Although this is the most current research available on the topic, there were not enough participants consuming soybeans to determine whether there was a risk associated with eating these foods during childhood and adolescence.

uses of soybeans and soy products in everyday life:

Soybean is the highest use of oilseed crops and is widely used as livestock feed, fertilizer, and cooking oil. In addition, it has been processed to make various food ingredients such as flour, natto (fermented whole beans), miso (fermented soybeans), and tofu (soybean curd).

Soy sauce is a liquid seasoning made from fermented cooked soybeans, roasted grain such as wheat or barley, and yeast. The main ingredient of soy sauce is protein-rich soy flour. The soy sauce is diluted to 10%-20% with water and brewed for more than 1 year after adding salt or other seasonings.

Miso is made from steamed soybeans fermented by mold spores, which are added to boiled soybeans, rice, or barley. Depending on the main ingredients, the taste, texture, and other properties will change. Miso is used for soups, stews, and other foods.

Natto is made from steamed soybeans fermented by adding Bacillus subtilis, which are sticky when slightly heated so that they can be easily eaten. This dish contains protein, natto vitamins, and other nutrients and has a distinctive pungent taste.

Soy oil is extracted from soybeans by pressing or solvent extraction to produce edible oil commonly used in the household as cooking oil and salad dressing. The residual soybean cake after pressing it can be used as animal feed, fertilizer, or industrial raw material.

Soybean meal is the main ingredient of soy flour, which is made from grinding seeds after extracting soy oil by pressing or solvent extraction to produce a protein-rich compound used as animal feed. In recent years, due to increased use as a health food, soybeans are mostly eaten without processing them into the oil.

Soybeans are often used as animal feed because of its high protein content, but it is also used for human consumption or other purposes such as making food ingredients or tofu after soy milk processing. Soybeans are usually boiled in water and eaten with salt. The residual soybean cake can be used as fertilizer or industrial raw material.

Soy milk is made from soybeans by crushing, boiling, and filtering the flour after boiling water to extract soybean proteins. It is a nutritious drink containing dietary fiber, calcium, minerals, and vegetable fat. In addition, lactose-free soy milk containing all the nutrients in cow’s milk is also available.

The main ingredient of tofu is a soybean curd produced by a coagulant such as calcium sulfate or magnesium chloride after extracting soy milk from ground roasted soybeans. Tofu can be eaten fresh after pressing the water or fried with vegetables and other ingredients before eating.

Tofu skin is made from tofu by boiling, drying, frying, and peeling the skin after coagulating soy milk. The skin is often used for making soup or pan-fried dishes. The residual soybean cake from tofu skin can be used as fertilizer or industrial raw material.

Cooking for taste without boiling soybeans:

It is difficult to identify soybeans with allergies because the symptoms are similar to other allergy symptoms.

Soybeans are generally considered safe for use, but there are some reports that soy products affect existing thyroid disease in patients who have not previously known about their illness. Soybean may also cause problems for people with phenylketonuria (PKU), a history of soy allergies, or other thyroid problems.

Thus, it is better to consult a doctor before using soybeans if you have an existing disease such as thyroid, allergy, and PKU.

Side effects of soybeans in males:

According to the study on the effects of soy products on prostate cancer, published in Prostate Cancer and Prostatic Diseases, it is understood that there is no evidence linking soybeans with prostate cancer. However, since the group that regularly ate more than 20 g of sugary food had a lower risk of developing benign prostatic hyperplasia (BPH), the researchers said that the consumption of soybeans is suggested for men who are worried about their prostate health.

Soybean side effects in women:

According to the study on thromboembolic disease published in Obstetrics & Gynecology, although smoking increases the risk of venous thromboembolism (VTE), the risk of VTE associated with oral contraceptive use is not different from the non-use.

The researchers also found that there were no differences in incidence rates between pregnant women and those who had not given birth during pregnancy. And it was found that long-term replacement therapy for menopausal women does not affect the risk of venous thromboembolism.

However, there is a study showing that soybeans may increase the risk of VTE in postmenopausal women with hypertension or diabetes and other diseases such as obesity, hyperlipidemia, and depression. There is also such a report that pregnant women who eat soya dishes more than two times per week have a higher incidence rate of pregnancy-induced hypertension.

Moreover, according to the study on breast cancer published in Breast Cancer Research and Treatment, it is suggested that women with estrogen receptor (ER) positive or progesterone receptor (PR) positive breast cancer who are given soybean products should receive careful consideration because there may be significant interactions between soybeans and tamoxifen, an anti-estrogen drug used for breast cancer treatment. 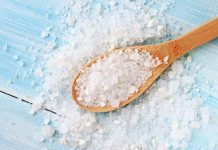 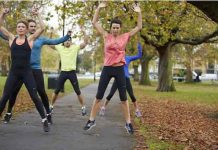 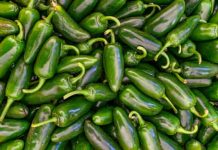