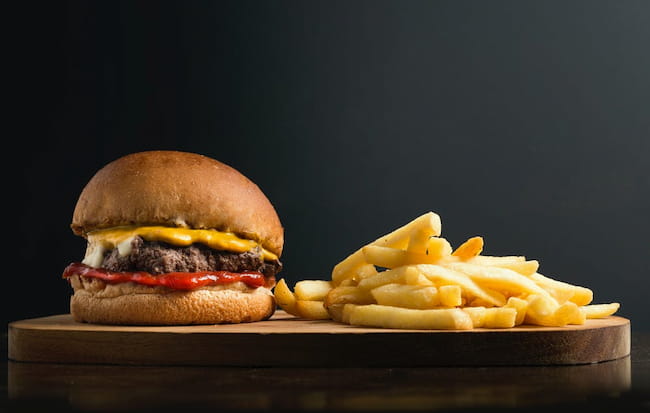 What is a Sauce?

Sauces are the mainstay of French cuisine and a fundamental component in other cuisines. Sauces can be defined as liquid or semi-liquid foods that afford additional flavor, aroma, appearance, and even texture to dishes.

They may be made with virtually any food item, including meat, fish, vegetables, fruit, and dairy products; their use is limited only by human imagination. But whatever the ingredients used to make them, they all serve one purpose: To enhance flavors (otherwise known as ‘the fifth taste’).

The Importance of Mother Sauces

As most chefs will tell you, individual recipes for specific sauces can be found in old French cookbooks dating as far back as the early 1600s. Yet, even with such a rich history and the vast number of recipes, they all fall under one of five mother sauces based on which method was most commonly used to thicken them:

3.- Béchamel: White stock (veal or chicken) thickened with a white roux and milk.

Each of these five sauces has hundreds of variations, such as adding heavy cream to béchamel or replacing the veal stock in velouté with lobster stock. But it is essential to be familiar with the mother sauce before moving on to more complicated recipes.

READ:  Stomach Acidity And its Treatment

The Mother Sauces and Food Pairing

As previously stated, every classic French recipe falls into one of five mother sauces, but that does not mean they can’t be paired together to create an infinite amount of unique flavors and combinations. For example, if you had a dish with a velouté base, you could pair it with a secondary sauce from any of the four other mother sauces.

Or, if you were served a dish sauced with hollandaise and wanted to recreate it at home, you would have to determine what type of protein, vegetables, or aromatics were used in the original recipe and make them using one of the five mother sauces.

Here is an example:

You go out for dinner and order a rack of lamb with roasted asparagus and cream spinach paired with a red wine reduction sauce.

At home, first, determine which method was used to thicken the sauce; red wine reductions are usually concentrated by flour (Espagnole), so we will use that as our starting point. Also, determine how the lamb was cooked (roasted), what vegetables were paired with it, and if starch was used to soak up the lamb’s extra juices.

2.- Add 4 oz. Chopped carrots, 4 oz. Chopped onion and 4 oz sliced celery all at once and cook until they become soft but not browned, stirring constantly.

READ:  Benefits of Vitamin A

4.- Reduce heat and let simmer for 30 minutes to reduce the volume of liquid by half while you prepare the rest of the meal. If desired, strain solids out using a mesh strainer or cheesecloth.

5.- Season with salt, pepper, or any spice desired for flavor, then use as needed.

To make roasted lamb chops start by preheating the oven to 400°F with a rack placed in the middle of the range. Ensure the meat is dry so it will brown properly; season both sides with salt and pepper, then place on a wire cooling rack inside an aluminum foil-lined baking sheet fat side up. Place in the middle of the oven and roast until medium-rare (best results) or desired doneness (about 10 minutes for medium-rare).

When lamb chops are done, remove from oven and rest for 5-10 minutes before serving. Meanwhile, pour the juices accumulated into a small saucepan along with two tablespoons of butter; bring to a boil over high heat until butter is fully melted, then reduce heat to low and simmer until sauce has thickened (approx. 1 minute).

(sauce) Mother sauces are the five most basic sauces from which all other sauces derive. They are espagnole, veloute’, hollaindaise, tomate’ and allemande’. The Espagnole is the foundation for many different brown sauces. The velouté is the basis of much creamy white sauce. Hollandaise is the foundation for butter-based emulsion sauces like Bearnaise and tartar sauce.

The five most common “mother” sauces from which all other spices derive their use as a starting point in preparing a wide variety of basic sauces. They are espagnole (brown), veloute’ (white), hollaindaise (butter emulsion), tomate’ (tomato/vegetable), and allemande (cream).

A brown stock or broth made from beef and veal and slowly cooked with mirepoix, rounds of par-cooked carrots and onions, a bouquet garni, tomato purée, whole peppercorns, and salt. The sauce is then strained from the solids and reduced.

A light stock made from chicken or fish broth with white roux, a mixture of butter and flour that has been cooked together to form a paste. A white stock is produced by adding milk to the final product. It is used for many other sauces, such as cream or soups.

An emulsion of egg yolks and clarified butter with lemon juice or vinegar added flavor. It’s served hot with vegetables, fish, or as a base for other sauces.

Tomatoes are the main ingredient in this sauce, served with eggs, fish, meat, and pasta. It can be consumed hot or cold depending on the dish.

An emulsion of egg yolks and heavy cream flavored with lemon juice or vinegar. It’s usually served chilled with fish and white meats. It may also be used to create other sauces by adding cream to it after reduction.”