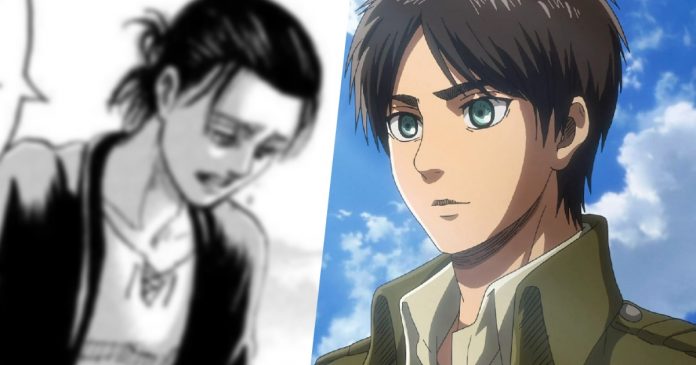 Warning! The following in The Truth News contains massive spoilers from the Shingeki no Kyojin 139, the final chapter of manga created by Hajime Isayama. If you already read it, you will know that history finally revealed what the future of Eren Jaeger.

After much anticipation and buildup, the final chapter of the ultra-popular and long-running series was finally released. Attack on Titan. With this final chapter comes a much-needed closure for many of the characters in the series, and that certainly includes Eren himself.

Starting off as the main protagonist of the series, the final arc of Shingeki no Kyojin changed the script as Eren Jaeger firmly positioned himself as the main antagonist for the series’ final great conflict.

The penultimate chapter of the manga, saw Eren taken to his final moments as he unleashed the full scope of his final Attack Titan transformation. Separated from Ymir and the power of the Founding Titan, Mikasa Ackerman took the fight against her lover to the endHe with a fatal blow that separated his head from his spine.

Chapter 139 of the series goes back in time to a conversation Eren had with Armin before his death. Much like his last conversation about mental space with Mikasa, Eren exposes all his thoughts with his friend and essentially accepts the fact that he will die for everything he has done.

Although he explains that he did all of this to protect Armin and the others, this path only had one end for him who foresaw through his Attack Titan power. It is confirmed shortly after when Mikasa arrives with Eren’s head that he has officially died.

With the death of Eren Jaeger came the end of the power of the Titans in general (saving all those who were forcibly transformed in the penultimate chapter). After all this, Mikasa takes Eren’s head and buries him under the tree they loved.

As the dark series comes to an end, the world begins to move. New factions begin to form, new conflicts begin to erupt, and it is revealed that three years later, the battles for Paradis will continue.

But it is implied that while the world is forced to continue fighting in the action series, Eren has finally achieved his dream of freedom through death. Mikasa is happy to feel Eren’s spirit around her when Shingeki no Kyojin comes to an end, but will continue to live alone.