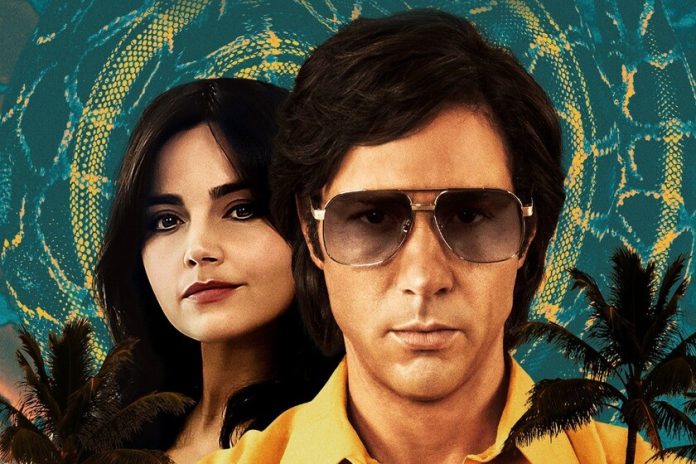 The success of several true crimes in recent years has made clear the public’s interest in true killer stories. Personally, this format has ended up tiring me a bit due to the tendency to standardize all cases, so I will always be grateful when you choose to approach them as if it were a fictional series, which is the case of ‘La Serpiente’, co-production by BBC and Netflix that this Friday, April 2, arrives on the streaming platform, after passing through the British channel.

‘The Serpent’ tells the story of Charles Sobhraj, a serial killer who during the 70s managed to outwit the authorities for a time thanks to his cunning. This eight-episode miniseries manages to reflect that quite well thanks to the great performance of Tahar rahim, a rising actor who was recently nominated for a Golden Globe for his work on ‘The Mauritanian’.

Moving to the 70s in Southeast Asia

The first achievement of the series is its successful setting, managing to transport the viewer to Southeast Asia in the mid-70s, something that is perceived in all the technical sections of the series, from the careful wardrobe to photography, essential to give a characteristic visual touch that will mark ‘La Serpiente’ at all times. ‘. All this is key to differentiate ‘La Serpiente’ from other similar proposals, making it clear that the case of Sohbraj is the most special.

I feel a little less enthusiastic about the decision of the screenwriter Richard Warlow to dispense with a linear structure to constantly jump through time. This is something that is highlighted at all times to prevent the viewer from getting lost, but on more than one occasion it gives the feeling of serving to complicate the series without getting anything really vital in return.

This is perceived more during the first episodes and seems a consequence of the way the story is presented, since from the outset there is a tendency to play more with the more seductive side of the character, his way of cajoling all those around him, none of them knowing how far the character played by Rahim is willing to go, almost flirting with the idea of ​​seeing him as an antihero rather than an insatiable criminal.

The contribution of the cast 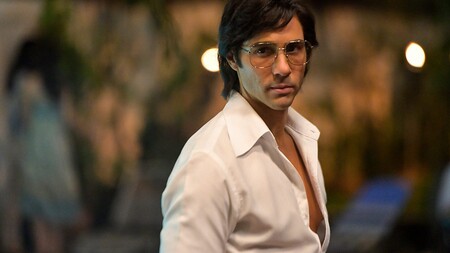 The funny thing is that Rahim does not overly emphasize the character’s charm, but his interpretation does radiate enough charisma so that one understands that there are so many people who little less are captivated by him despite the fact that the series does not place enough emphasis on this and sometimes you want to take it perhaps too much for granted. Of course, to ‘The Serpent’ He is much more interested in showing his methods than in influencing his ability to practice almost like the leader of a tiny cult. It is still an enigma that no one has been able to decipher and, although later some flashback is aimed at clarifying a little less his motivations, the series prefers to leave it a little up in the air.

Another remarkable thing about ‘The Serpent’ is that in parallel to Sobhraj’s criminal activity, where the series knows how to gradually and organically grow that sense of threat transmitted by the protagonist, an inevitable investigation arises. A priori, something much less stimulating, but when push comes to shove knows very well to capture the obsession that arises from trying to capture someone so elusive. 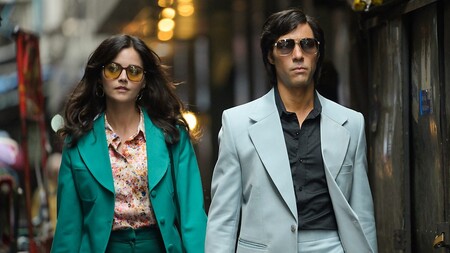 The good work of Billy Howle It is key to this, since in addition to illustrating very well the growing frustration that he suffers from being overcome again and again by Sohbraj, it also serves to further qualify the protagonist. This is something that the character played by a very solvent was already doing in her own way. Jenna Coleman -a great job especially nailing Marie-Andrée’s French-Canadian accent-, but in that case more for her ability to subdue her followers, while with Howle’s case it is more and better captured that we are facing a fascinating one such as dangerous first-rate criminal mind that has everything tightly tied.

It is worth noting that ‘The Serpent’ flee from all effectism, which is why most crimes are committed in voice-overs, while Rahim tends to bring a calm approach to his character that reinforces that constant sense of control. Obviously, this is something that gradually cracks apart as the episodes go by and the fence around him tightens, but even then he remains true to his way of being, something that beautifully captures the final installment of ‘The Serpent’, New demonstration of his surroundings says more about him than the character’s own vanity. 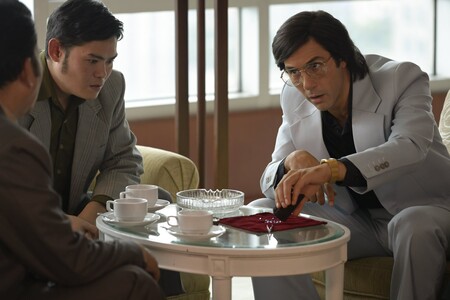 ‘La Serpiente’ does not become an essential series because it does not fully make the chosen narrative work to tell the story, but that does not mean that it is un notable drama criminal with enough personality to stand out in a subgenre that has perhaps been abused more than necessary. The great work of its cast and the reliability with which it captures the time in which the action takes place are surely its two best assets.