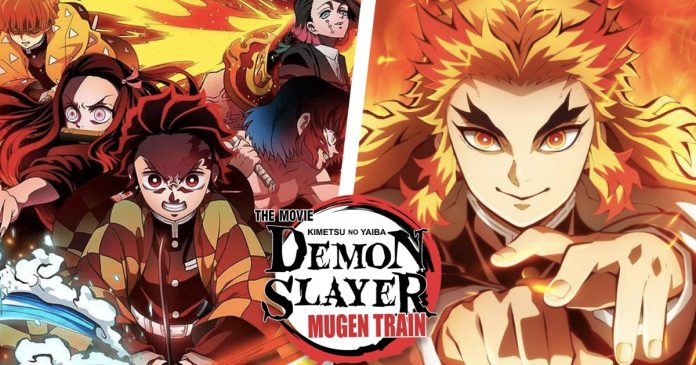 Kimetsu no Yaiba: Mugen Train will hit international theaters, with fans of Tanjiro, Nezuko, and the other members of the Demon Slayer Corps waiting months after the film’s mass release in Japan, and if you want a chance to see the film in the theaters April 22, you can order pre-sale tickets now.

Since its premiere in Japan last year, the franchise’s first feature film Demon Slayer has been breaking the box office charts, breaking records, and proving that the anime series has earned its place as one of Shonen’s biggest series.

Thanks to COVID-19The status of the film Mugen Train in the West was unknown for quite some time, but earlier this year, fans outside of Japan were delighted to learn that the film would arrive later this month.

Demon Slayer USA’s official Twitter account shared the great news that fans can now purchase tickets to the first movie in the anime franchise, Mugen Train, at their local theaters. While Konnichiwa Fest will bring the film to Mexico and Latin America.

What is Demon Slayer Mugen Train about?

The film, which is a direct continuation of the series after the conclusion of the first season of the anime, sees Tanjiro and his friends trying to get in touch with Flame Hashira, Rengoku, aboard a locomotive that crosses the field at full speed.

Unfortunately for our favorite monster hunters, they won’t be alone on their journey, as the Demon Lord Muzan has unleashed some of his underlings in an attempt to wipe out every demon hunter from the face of the Earth. Kimetsu no Yaiba will continue with a second anime season in 2021.