The news of the animated adaptation of JoJo’s Bizarre Adventure: Stone Ocean is making a huge number of fans happy. Among these there is also a company that, through social media, has shared its enthusiasm. Let’s see together how.

The sixth part of the famous manga by Hirohiko Araki, like the previous ones, will receive an animated transposition. The official announcement of the JoJo’s Bizarre Adventure: Stone Ocean anime was made during the big event theme which was held on April 4th and immediately went viral, thrilling many fans.

Soon it will be possible to follow on the screens the adventures of Jolyne Kujo, the daughter of Jotaro Kujo, and also the company DiGiorno he showed he was waiting for that moment. In fact, the producers of frozen pizza wanted to celebrate the news temporarily changing the name Twitter account in DiJolyne and publishing a particular post.

The change is due to the fact that the original name of the company recalls that of the protagonist of the fifth part of Araki’s work, or Giovanna Day, thus underlining the transition to the next series. The Tweet, reported at the end of this news, instead represents the emoji of a stone and a wave, a clear reference to the title of the sixth part: Stone Ocean.

READ:  Resident Evil Village: The Evolution of Lady Dimitrescu and Her Daughters

What do you think about it? Like DiGiorno, are you also waiting for the next adaptation? Please let us know by leaving us a comment.

Finally, for those interested here is a Nendoroid by Jolyne from JoJo’s Bizarre Adventure: Stone Ocean. 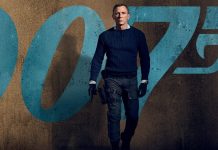