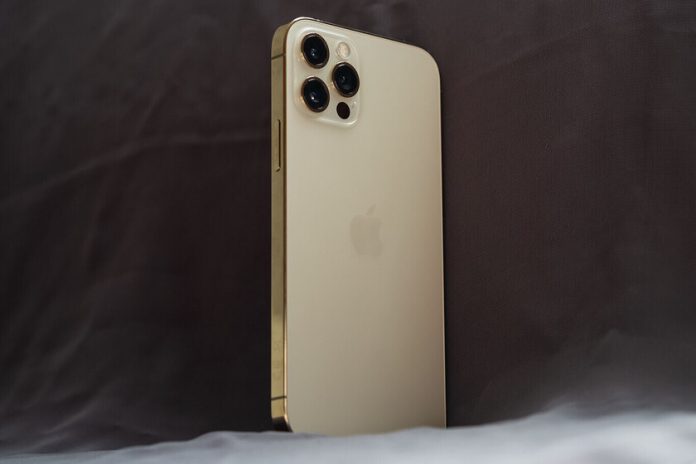 Comparisons are always hateful but the truth is that the Android ecosystem and the iOS ecosystem behave very differently when it comes to updates. Although the release rates of versions are very even, the long list of manufacturers and models on Android, together with the laxity in Google’s demands, make that maintenance in iOS is much higher and it has become clear again with iOS 14.

The Apple ecosystem, with few models to control and with the dominance of both the hardware and the hardware section, favors the generation of figures like the one we bring you now, which are not less surprising because they are common. According to the data extracted by Mixpanel, 9 out of 10 iPhones compatible with iOS 14 have already updated, and only 10% remains in previous versions.

9 out of 10 compatible phones already have iOS 14

They counted from Statcounter that in Spain there are more Android phones that carry version 8.0 Oreo than the last one to be published, version 11. In fact, at the time of publication of these figures, on March 9 of this year, Android 11 had not even reached a 5% share between active Android devices. As we have said, a problem with a multitude of causes, although not as serious as it may seem.

On the opposite side of the pavement, Apple’s mobile phone ecosystem already boasts of having updated to iOS 14, counting all its later versions in the absence of iOS 14.5 being published, 90% of mobile phones compatible with these versions. A commendable update rate and whose data has been collected by Mixpanel. 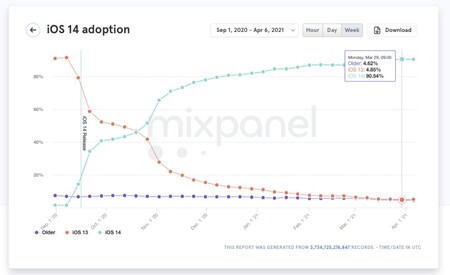 Mixpanel estimates that there must be at least 5.07% of iPhone with iOS 13 and 4.48% of phones with previous versions Among those who can effectively update to iOS 14. Personal decisions of each individual user, having 90% of compatible mobile phones updated to the latest version is a good reason to boast of having a well-controlled ecosystem.

Mixpanel account that your data has been elaborated through more than a billion (of ours) of accesses to web pages that register the operating system with which it is accessed. iOS 14 is about to turn 7 months old and gets closer to all updated users. It is not bad data.