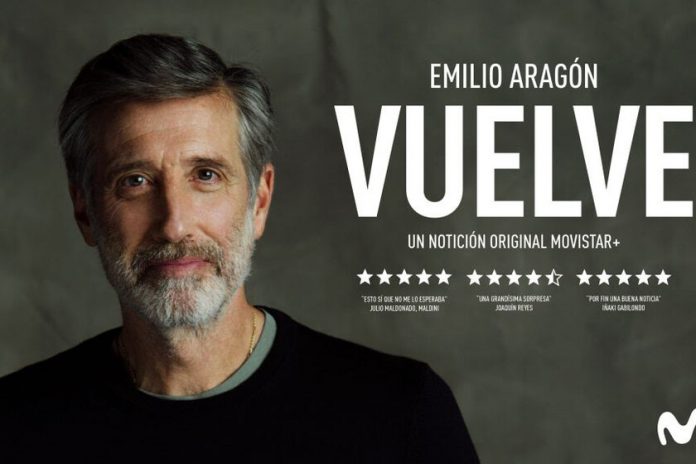 It had been heating up in recent months (there has been a kind of tour as a guest of programs) and finally the return to television of one of the greats is going to materialize. showman of our country. Emilio Aragón will direct and present ‘BSO’, a large format live entertainment for Movistar +.

Through eight installments, each program will serve as a tribute to various characters through the songs that have marked his life in a show with live music, interviews, choreography, humor and audiovisual montages.

Aragon’s resistance to returning to television

As they say in Movistar + this will be a television blockbuster in which Emilio Aragón will make as director and presenter each delivery tailored for the guest of honor. Aragón passed through ‘La Resistencia’ last night to present the news to David Broncano:

«The program is about music. We all have a soundtrack in our life: that summer, the first dance, something that reminds you of your mother, your grandfather, a friend, that special moment, your first kiss … well: we all have a soundtrack in our lives. And that is the program, it is called ‘BSO’, in which guests will be passing in each program in which we will speak and interpret [yo] and friends”

In addition, the artist said that the idea came up during confinement, that he did not plan to return to television to be in front of the cameras and was quite reluctant to the suggestion of Fernando Jerez «I sat down to eat and talking to the family he said” but well, why not … “. There are times that we get tattooed here [en la frente] “NO” many times but we should get tattooed “Why not?”

READ:  'Fast & Furious 9' presents its spectacular new trailer, and promises a new festival of action and macarradas brand of the house

One would have to go back fourteen years to find the last program that the artist presented, ‘Los unrepeatable de Amstel’ for laSexta, a chain that, remember, had its first president in Cuban-Spanish. Before that, we have seen him as a presenter on ‘VIP’, ‘The Great Game of the Goose’ and as the immortal ‘Family Doctor’.