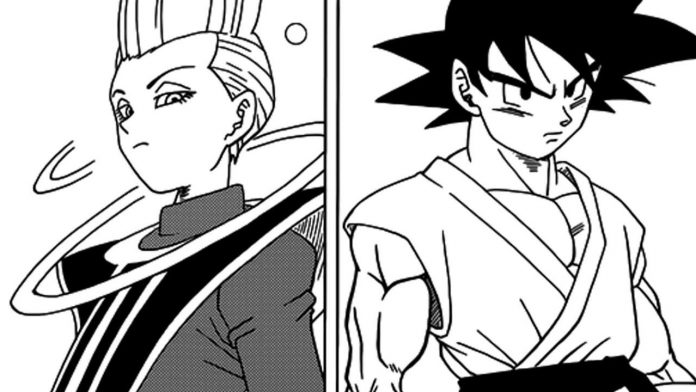 In the last chapters of Dragon Ball Super we met Granolah, an alien who lived through the great era of the Saiyans and who witnessed the destruction of his planet at the hands of the Oozaru. Discovered of Freeza’s return, he decided to use the Dragon Balls and thanks to these Granolahs he became the strongest warrior in the universe.

in the meantime Goku and Vegeta are training with Whis and Beerus respectively, in order to improve and master new techniques. While Vegeta is trying to learn Hakai, the technique possessed by the gods of destruction, the protagonist of Dragon Ball Super is trying to improve the use of Ultra Instinct.

I first spoilers of chapter 71 of Dragon Ball Super they seem to point towards a deepening of the Ultra Instinct. In the official draft shared by V-Jump magazine, you can see a cartoon with the angel and Goku together. Whis asks the Saiyan a very specific question: “You know what is the biggest difference between us angels and you, Goku?”

READ:  Black Clover 288, a whirlwind of emotions: what Asta did in the chapter

At the moment, V-Jump hasn’t shared the classic sketches of the initial pages as it usually does, still leaving many question marks open about what will happen in Dragon Ball Super 71. The next official spoilers from the editorial team will arrive on April 14, 2021.