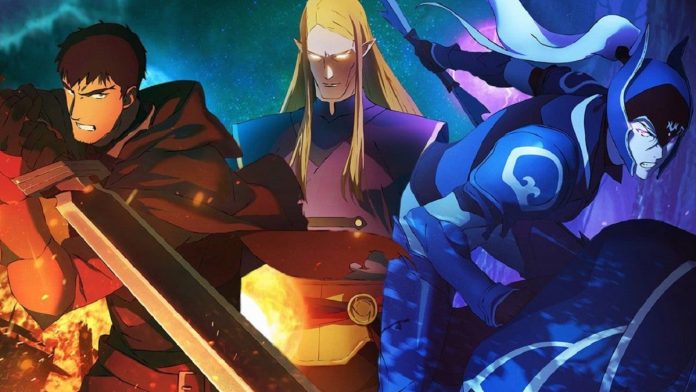 If you are a great lover of DOTA 2Today we bring you excellent news to start the week with renewed strength. The point is that DOTA: Dragon’s Blood, the anime series for Netflix based on the universe of the popular MOBA game Valve, has confirmed that will have a second season.

And even though hardly any more data has been revealed In this regard, it has been confirmed that this season 2 will be named as “Book 2”. In addition, the creators of the saga assure that they are already working in this new foray.

Book 2 is coming! The second season of DOTA: Dragon’s Blood is in the works.

While you wait, revisit the story of the tournament that started it all — FREE TO PLAY is now available on @netflix with an updated end credit sequence. pic.twitter.com/CINeVNlheM

As they comment from PCGamesN, the information has been published on Twitter through the official DOTA 2 account. Also, the post comes accompanied by a small promotional image of this next season. This is the message that accompanies the publication:

“Book 2 Is Coming! Season Two of DOTA: Dragon’s Blood It is in process.

While you wait, revisit the history of the tournament that started it all. [DOTA 2:] Free to play is now available at
@netflix con an updated final credit sequence.”.

As for that content they refer to, it is DOTA 2: Free To Play, a film about the esports scene surrounding the game, which just hit Netflix.

For its part, the first season of DOTA: Dragon’s Blood has been composed of a total of 8 episodes. And each of these episodes has had a approximate duration of half an hour. However, we do not know if the second season will follow the same scheme or not.