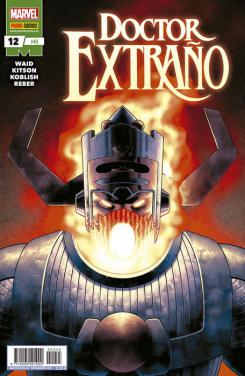 The Strange Doctor has become the Herald of Galactus to be able to feed him without losing intelligent lives and, although he thinks he made the right decision, he will soon know he was in error. Thanks to Ykolon's help, Stranger found what he should deliver to Galactus without many consequences, so he brought the World Eater along with Clea there. However, once they reached the key point, Galactus was transformed and Dormmamu was revealed as one of the great villains behind the manipulations, thus becoming the Herald of the new Galactus. Meanwhile, Umar would try to forge new alliances, but no one would be willing to join her. In this issue we will see the Supreme Sorcerer using his wits against Dormmamu while preparing to fight back.

This month's story would begin with Dormmamu boasting of his victory against Strange, but, unlike him, the Supreme Sorcerer does not end the fight and uses his enemy's ego against him for Galactus to take sides. Once I had Dormmamu out of play, Stephen used Ykolon to recover energies and thus see Mephisto in his kingdom, who had kidnapped Clea and Umar and had been an ally of Dormmamu. Determined to use any means to overcome in this war that could be the end of the mystical plane, the Supreme Sorcerer made a deal with Mephisto to free her friends and then he had a meeting with two of the most powerful entities to ask for his help. However, when everything seemed lost even having achieved new allies, Umar and Clea appeared before our protagonist and tipped the scales in his favor. 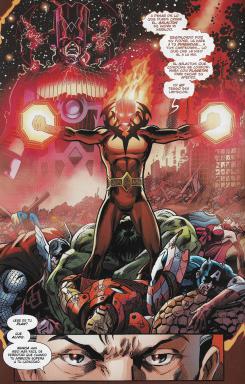 In general, we are facing a number where you finally notice that Kitson decides to go with everything and offer us the show that was promised so much from the first number of this plot arc. However, and although these good intentions are noticed from the beginning with a Dormammu that can achieve everything, the key moments are still begging until well past half of the history of this number. Now, speaking in more detail about some aspects of the plot, the position that Dormammu acquires is really interesting, although the final result of his intentions with Galactus is seen coming from far away and how it will end. However, it would be from that moment that everything would take on a more interesting nuance with the encounter between Mephisto and the Supreme Sorcerer, the consequences and let's not tell the evolved Galactus They have to face. Although Umar is correct in a dialogue, when the time comes to counterattack the Devourer of Worlds, he is really surprised by the number of characters that come together, some of them very classic and nostalgic.

As for the characters, the Strange Doctor is overwhelmed by the situation, but manages to keep a cool mind before the provocations of his enemies, which leads him to make both intelligent and deplorable decisions to get out of the way of the situation. Beyond that, the Supreme Sorcerer It shows a great resolution when all life is in danger of death by being able to make a deal with Mephisto almost without hesitation, as much as he knows that the favor he returns will end up bringing bad consequences, or even presenting himself to entities that could end him. Speaking already of the villains, Dormmamu again has a great opportunity to excel, but this time his attempts are worse than the previous occasion, since he is easily separated as a villain. Instead, Galactus takes a very striking look for the hardness of his words and the powers he has now acquired thanks to Dormmamu, which makes him an even more unbeatable enemy than he already was. It remains to be seen if the alliance that Umar forged will be enough to defeat him. 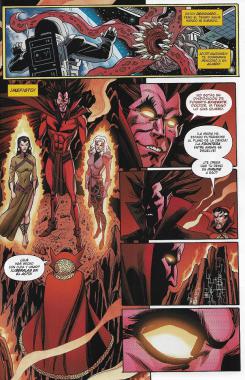 On rhythm From the comic, this number is much more agile than the previous ones as Kitson approaches the last part of the knot and the outcome of the plot, which is grateful for the feeling of satisfaction that leaves after what we have been reading in the numbers previous.

On an artistic level, Barry Kitson offers an uneven result in this issueWell, although there are pages and bullet points that manage to be quite remarkable – as when Dormmamu presented his plan or at the alliance meeting – others did need an improvement that Scott Koblish has failed to improve with its finishes. Anyway, it should be noted that as facial expressions, Kitson has taken a small leap of improvement that gives the work something more quality, because not only does a comic live, but also how his characters show what they feel In any situation.

In short, I think we are facing a number that already starts pointing up, although perhaps too late – in the absence of two more American numbers to finish the arc. We can only hope that Kitson will develop well the ideas he has in mind for the grand finale and thus give at least one interesting conclusion to his plot.

What if you hang out with another? Neymar lowers Maluma's girlfriend
Stephen Amell announces the end of the filming of his scenes in Crisis on Infinite Earths
Comment