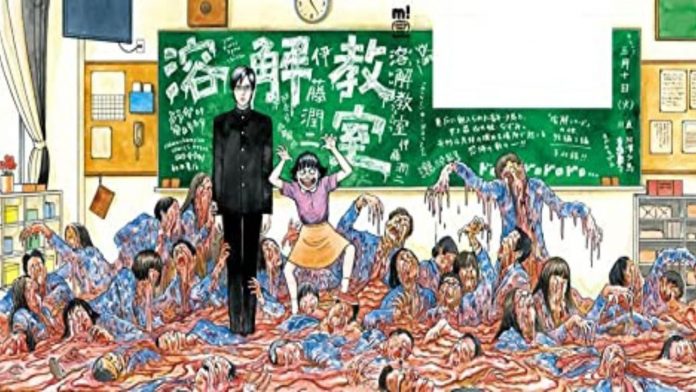 With the imminent arrival of the animated adaptation of Uzumaki, for fans of the maestro dell’horror Junji Ito it will certainly be a great year. Waiting for the debut of the new animated series, a fan celebrated the manga by sharing a particular interpretation of the great classic Dissolving Classroom.

For those unfamiliar with it, Dissolving Classroom is one of the more disturbing stories created by Ito. The work tells the story of the brothers Yuma and Chizumi Azawa, a very special duo. Chizumi, the youngest, has a visibly disturbed psyche and seems to take delight in stalking and scaring others. His older brother Yuma, on the other hand, is quite the opposite: he is a kind boy and apologizes for Chizumi’s behavior. But this very courteous characteristic leads to the liquefaction of the brain of the one who receives the apology.

Drawing inspiration from this work, the artist Affectionate-Island shared on Reddit his tribute to the genius of Japanese horror, or a animated short of Dissolving Classroom. With the fandom eagerly awaiting the arrival of Uzumaki, this short fan made video is capable of satisfying the “horror” appetite.

READ:  What Does Idek Mean?

Meanwhile, apparently Junji Ito Masterworks Collection will also receive an anime adaptation, here are the first details. The Enigma of Amigara Fault was also animated by a Junji Ito enthusiast.