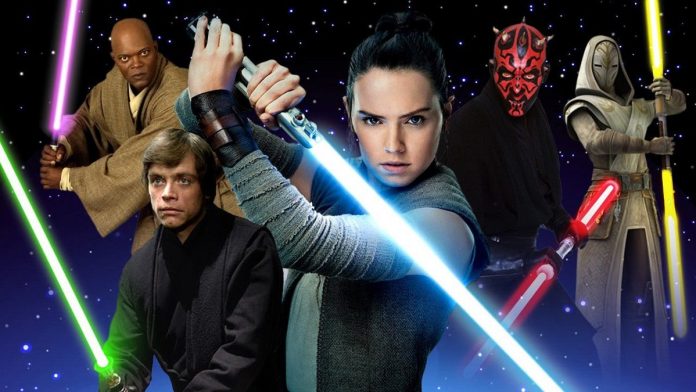 Josh D’Amaro, Director of Disney Parks has revealed that Disney will bring us from a galaxy far far away (now maybe not so far) a working, realistic retractable lightsaber, a prototype that would eventually make its way to Disney World, Disneyland, and other settings.

In a recent virtual presentation, they have let him see and have focused on the re-opening of the Disneyland Resort in California and new attractions at Disney World, in addition to the opening date of the Avengers Campus Academy in Disney California Adventure.

At the end of the presentation: D’Amaro appeared with the lightsaber on, and said “it’s real” before the video ended. According to members of the press who attended, such as Spectrum News 13, the way he activated the saber is similar to how it happens in the Star Wars movies.

There are no movies or videos of this new lightsaber, but Scott Trowbridge has shared the news, saying that “there are still many questions about the lightsaber that Josh D’Amaro has revealed today, but about whether it was real or CGI … yes, it is true. Although there is still some time ahead.”

READ:  Max Payne 3 and LA Noire for PC offer all their free DLC by surprise

No further details have been given on when we will see the lightsaber again, but it could appear at the Star Wars Galactic Starcruiser hotel and at Galaxy’s Edge.

Currently, in Galaxy’s Edge, visitors to the planet of Batuu can go to Savi’s workshop and build a lightsaber on their own. They are high-quality replicas, but they are still not retractable. But this new prototype could make the dream of becoming a Jedi a reality.

As reported in WDWNT.com, in 2018 Disney patented a “retractable and illuminated sword-device from within”, something very similar to what has been shown, but we do not know if it is exactly the same.