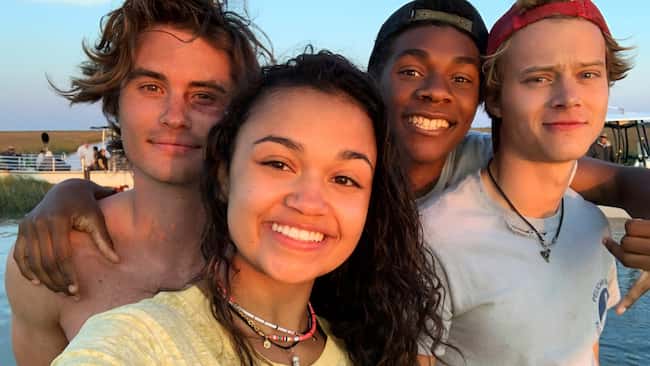 If you’re somewhere between the age of 30 and 40, the music of Britney Spears was probably the soundtrack to your youth. You might not ever have been her biggest fan, but you know all of her greatest hits. You probably even sing along to “Toxic” when nobody’s looking. There’s no need to feel embarrassed if you do – we all do it. She’s not made any new music since 2016’s “Glory,” and she hasn’t performed live in years, but she’s still the biggest-selling female artist of the 21st century. Britney is more than a person. She’s a brand. In many ways, that’s the whole problem with her current situation.

Even if you only keep one eye on the news, you can’t have helped but see the “Free Britney” movement gathering momentum on social media. For years, fans who believed the star was somehow imprisoned were dismissed as conspiracy theorists and cranks. More recently, we found out that their theories weren’t conspiracies. Britney’s fans believe that the terms of her conservatorship, which places her father Jamie Spears in control of her finances and various other intimate aspects of her life, are unfair and amount to cruel and unusual punishment. They believe Britney is told what to do and when to do it and is essentially enslaved to her father. Her father has consistently denied all this, describing the accusations as “hurtful” and insisting he would never do anything to hurt his daughter.

A little over a week ago, we finally heard from Britney on the issue. According to her, the truth was worse than anything her fans could have imagined. Jamie Spears pays himself sixteen thousand dollars per month for “looking after her affairs.” Over the twelve years of the conservatorship to date, he’s paid himself $2.6m of his daughter’s money. She has to ask permission of him to make any significant purchases. She cannot accept or reject work offers without his consent. Britney even alleges that her father won’t allow her to stop taking birth control and ordered her to be drugged so she’d keep on performing at her Las Vegas show several years ago. In heartbreaking testimony, she told the court she wanted to get married and have another child, but the terms of her conservatorship prevent it from happening.

If you haven’t been following the case, you might wonder why Britney Spears has a conservatorship in the first place. To answer that question, we have to go back to the first decade of this century. Struggling with the pressures of fame, Britney had a number of public “meltdowns” and mental health incidents, which included shaving her head at an all-night barber and attacking members of the press with an umbrella. She went to rehab – voluntarily or otherwise – more than once in 2008 and was briefly committed to a psychiatric hospital. There is no doubt that Britney needed assistance back then, and so the conservatorship was created in her own interests at the end of 2008. The big question is whether she still needs to be treated the same way now, so many years after her well-documented breakdown. Even if she does, there’s a question about whether the same level of supervision is required.

The financial affairs of Britney Spears are no small matter to deal with, and nor are they limited to her musical endeavours. Britney launched a range of fragrances a few years ago, and they’re still available through some retailers. There’s a Britney Spears clothing line. There’s an official Britney Spears online slots game made by a company called Aristocrat using a license granted by Jamie Spears. What fans want the courts to consider is whether Jamie is acting in Britney’s interests by marketing her name at online slots websites like Rose Slots CA or whether he’s seeking to make more money for his own pocket. The existence of the game might be the perfect metaphor for the situation. Online slots websites make money every time someone spends money to take a spin of their reels. Jamie Spears makes money every time a fan spends their cash on his daughter. Britney describes the relationship as “abusive.” If we take her testimony at face value, it’s not hard to see why.

Despite the public strength of feeling about this case, nothing is going to change any time soon. On July 1st, Judge Brenda Penny refused to remove Jamie Spears from his daughter’s conservatorship. The ruling was met with fury by the singer’s fans but is unlikely to be the end of the matter. Spears senior might only have escaped on a technicality this time. The request to remove him was filed by Britney’s lawyer Samuel Ingham III in November 2020. Crucially, it was not filed by Britney herself. This fact appeared in the judge’s reasoning. If Britney wants her father gone – which, based on her statements, she does – she’s going to have to make the request herself. Having finally gone public with her level of personal trauma and upset about the situation, it’s almost certain that she’ll now do so.

Even in her own statement, Britney admits that she probably still needs a conservator. Whatever her state of mind, she’s more comfortable having someone there to look out for her best interests. However, she doesn’t want that conservator to be her father and will not return to performing or making music until he’s gone. For as long as he remains in charge of her life, Britney’s career is on hold. It’s possible that she’ll never perform again. This ruling is undoubtedly a setback for Britney and the whole “Free Britney” movement, but it’s also a new beginning. For the first time, Britney has spoken publicly about the matter and confirmed her wishes. The fans now know they’re not imagining her woes. The wider public is finally aware of her plight. This movement will continue to grow until something is done to help her. Jamie Spears might remain in control of her life for now, but he may not retain that control for much longer.