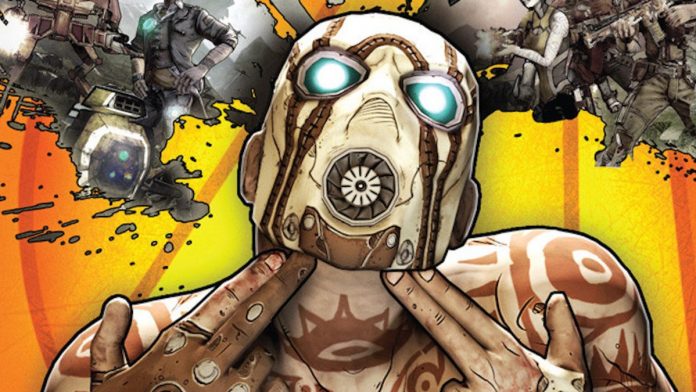 The screenwriter of Borderlands (and Gearbox CEO) Randy Pitchford has clarified that Borderlands cinematic universe is different from video game after criticism that has raised the argument that has been revealed from the fans.

Pitchford broke the news in a Tweet after the synopsis of the new Borderlands movie appeared. In the summary of the plot it was revealed that the film differed from the plot of the games, especially by introducing the never seen character of Atlas as the main enemy, played by Edgar Ramírez. Many have also pointed to the absence of mention of any crypt (sources of alien technology that function as the “holy grail” for some protagonists of the saga) and also Handsome Joe, the main antagonist of the saga.

It seems that in response to these questions about the plot, Pitchford has said that “The Cinematic Universe is not identical to that of the Borderlands games. We’ve been respectful of the characters, the style, and the humor, but we’ve made room for separate story lines. The media are not the same, so the content does not follow the same rules.”

To the interested: The Borderlands Cinematic Universe is not identical to the Borderlands Videogame Universe. We are authentic to characters, tone and style, but allow for independent storylines. The mediums are not the same, so the content should not be bound to the same rules.

Eli Roth (directing) and screenwriter Craig Mazin (Chernobyl, The Last of Us) try to tell a new story with a new version of the Borderlands universe, touching on similar themes and characters that we saw in the franchise, as is normally done. with adaptations.

READ:  'Falcon and the Winter Soldier' ​​1x03: Zemo subverts expectations in an episode with levels of violence never seen in the MCU

However, some fans have expressed their disappointment after reading the synopsis, so Pitchford has had to go out and explain how they are managing the film with respect to what is seen in the video game series. We remind you of the argument:

“Two-time Oscar winner Cate Blanchett joins Kevin Hart in Borderlands, directed by Eli Roth. Lilith (Blanchett), an infamous outlaw with a mysterious past, returns to her homeworld of Pandora to find the missing daughter of the Mighty Atlas (Ramirez). Lilith will team up with a surprising team: Roland (Hart), a former elite mercenary now desperately seeking redemption, Tiny Tina (Greenblatt), a pre-teen demolitionist, Tannis (Curtis), the scientist with a serious sanity problem and Claptrap (Black), a funny robbery. This group of heroes will face alien monsters and dangerous bandits to find and protect the missing girl, who could be the key to an unimaginable power. The fate of the universe is in their hands, but they will fight for something else: to help each other. Based on the Gearbox game and 2K, one of the most important video game sagas in history, we welcome you to Borderlands. “