In the three years from 2006 to 2008, smoking caused about 373 million people to become ill and killed nearly five million. In the same period, there were 1.1 billion smokers globally, or about one adult in three.

Despite this enormous toll, restrictions on smoking are still far less pervasive than they should be: few countries have comprehensive tobacco control programs, and the laws banning smoking in public places are rarely enforced.

On World No Tobacco Day, let’s look at some of why it is essential to quit smoking.

Smoking kills more people than murder, AIDS, suicide, drugs, car accidents, and alcohol combined. Most people are aware of the health risks involved in smoking, but you might not be aware of the following facts:

Cigarette smoke is known to contain carbon monoxide. Carbon monoxide reduces the amount of oxygen being released into your blood. As a result, your heart has to work harder to pump more blood around your body. Over time, this can trigger serious health problems such as angina and heart attacks.

Smoking damages your teeth and skin. It also makes you smell bad, give off bad breath and stain your fingers. In addition, smokers are usually at higher risk for gum disease than non-smokers because of the irritating effects of smoke on the gums. Smokers also have a higher risk of developing premature wrinkles and age spots.

Smoking reduces fertility in both men and women, increasing the likelihood of taking longer to conceive if you smoke. In addition, pregnant women who smoke are more likely to miscarry or deliver babies prematurely than non-smokers. Smoking in pregnancy may also cause under-development of the baby’s lungs, leading to breathing problems after birth.

Smoking increases the risk of heart disease and lung cancer. In addition, it is linked with at least 13 different types of cancer, including pancreatic, liver, stomach, cervical, and bladder cancers. Smoking also causes impotence by damaging blood vessels in the penis.

Besides all these health issues, smoking also leads to economic problems.

Many societies discourage smoking because of the unpleasant effect it has on the people around smokers. But, unfortunately, second-hand smoke is responsible for many non-smokers developing lung cancer and heart disease (similar to smokers). According to the American Cancer Society, second-hand smoke causes more than 7,000 deaths from lung cancer a year among non-smokers in the US.

Smoking is also banned on buses and trains in many countries because of the risk of fire. As a result, smokers are forced to stand outside when traveling by bus or train, even in cold weather. They have no choice but to stand with other smokers, so smoking areas outside buildings and transport stops tend to get very dirty and crowded, and the air smells of smoke.

Non-smokers may also feel ‘guilty’ for not taking up the habit themselves, even though they know it is wrong. This guilt can lead to others thinking that non-smokers are ‘holier than thou and smokers may feel obliged to smoke around non-smokers because they do not want to offend them.

Most smokers know that smoking isn’t good for them, but it isn’t good socially not to smoke when other people do. Unfortunately, many people feel obliged to smoke with friends and colleagues because they don’t want to offend them.

Smokers are often looked down upon by non-smokers because of their dirty, smelly habits. Many people start smoking when they are teenagers, but their social life gets better as they get older, and their friends are more likely to be non-smokers. As a result, some smokers find it difficult to find new friends as they get older because most of their old friends no longer smoke.

When many people give up smoking, they often feel much more confident in themselves and are accepted back into the group when socializing with other non-smokers.

It is often seen that many people who are trying to stop smoking cannot do it successfully. They try quitting smoking much time, but they continue smoking after some days. Therefore, there is a need for proper guidance which can help them in stopping this habit.

When it comes to the benefits of quitting smoking, then there are so many health benefits provided by it. With this, it becomes pretty easy for people to stop smoking successfully. First, however, an individual needs to make sure that they follow the proper guidance to eliminate this bad habit.

When a person quits smoking, then they can easily catch diseases at their early stages. This is because when a person continues smoking, the toxins present in it will make the cells of the lungs weak, which increases the risk of getting cancer. Thus, an individual who quits this habit will only catch heart problems and lung cancer at their initial stages.

Smoking harms the digestive system of the body. It increases acid production in the stomach, which can cause ulcers and other similar diseases. However, when an individual quits smoking, then they will be able to prevent these problems effectively. This is because their digestive system will get rid of toxins present in it.

When a person continues smoking, then the cells of their lungs become weak. Thus, they cannot provide proper oxygen supply to other body parts, which creates problems for physical activities. However, when an individual quits this habit, they will be able to improve their stamina quickly.

Many people spend a good amount of money buying cigarettes every month. However, when individuals quit smoking, they can easily save this amount of money for their future use. This is because one does not require paying for different medicines and treatments after quitting smoking.

Many people who start smoking feel that it is the best way to relax. However, this habit does not bring any positive impact on their life. Therefore, when a person quits smoking, they can quickly get rid of other bad habits. This is because they will not feel the urge to intake something after finishing a meal.

Cigarettes contain different types of chemicals which can cause various diseases when they enter our bodies. However, when an individual quits smoking, they will prevent these diseases and health issues altogether. This is because their body will get rid of these toxins completely.

Cigarettes contain nicotine which makes the breath of a smoker bad. Therefore, when a person quits smoking, then they can easily have fresher breath. This is because their lungs and digestive system will also get rid of other issues related to it.

When a person continues smoking, then it becomes difficult for them to take a bath regularly. This is because the smell of cigarettes will remain in their body for several hours, making it inconvenient for an individual to shower. However, when they quit this habit, they can have better hygiene and feel more confident about themselves.

When a pregnant woman continues smoking, it can cause many problems for her and the baby. This is because an unborn baby does not have lungs to intake toxins present in cigarettes. However, when they quit smoking during pregnancy, they can effectively prevent the health problems of both mother and child.

Many people feel that quitting smoking is not a good choice. This is because they get severe headaches after doing this. However, it lasts for a brief period only, i.e., around 12 hours on average.

After quitting smoking, one feels weak initially, which can cause problems for them. This is because their body needs extra time to get rid of these toxins effectively, which makes them feel exhausted and lazy.

Many people feel that they will not be able to concentrate on anything properly after quitting smoking. However, this problem lasts for some time only, and one can quickly focus on different tasks once again.

Many people experience stomach problems like irritation, acidity as well as discomfort after quitting smoking. This is because nicotine present in cigarettes can cause many issues related to the digestive system. However, these problems also last for a brief period only, and one gets rid of them quickly.

Many people suffer from heartburn after quitting smoking. This is because nicotine present in cigarettes can cause different types of issues related to the heart and the digestive system. However, this problem also disappears quickly, and one can get rid of them within a few days only.

Smoking cigarettes reduces the quality of sleep. Therefore, when one quits smoking, they can have a restless sleep at night, making them feel exhausted during the daytime.

Many people experience Anxiety after quitting smoking. This is because their body needs extra care in the initial days, i.e., around 12 hours on average. Therefore, one can feel anxious as well as irritated during this period only. However, this problem also disappears quickly, and they become able to live a healthy life once again.

Many people claim that their memory becomes poor after quitting smoking. This is because nicotine present in cigarettes can cause many problems related to the brain and memory. However, this problem also goes away quickly, and one can experience better results in a few days only.

Many people feel depressed after quitting smoking. This is because they cannot stick to their habit, which makes them feel frustrated and disappointed initially. However, this problem also goes away with time, and they can live a happy life once again. 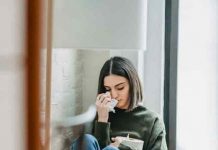 The official synopsis of EDENS ZERO: Shiki’s adventure begins with the...