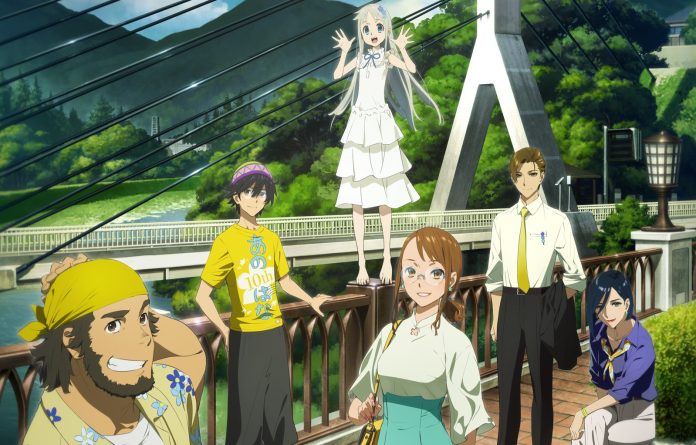 The Twitter account of Anohana has published an update in which it reveals that a new project will be carried out that would serve to celebrate its tenth anniversary, it should be emphasized that it is unknown if we are talking about a movie or an anime, but without a doubt we will be waiting for any information about it , because for now we will have to wait for the event that the franchise has scheduled on October 28.

For now we have that the website for this project is already online and an image with all its protagonists but 10 years later, drawn by Masayoshi Tanaka, chief animation designer and character designer for the anime.

The original anime premiered in April 2011 and follows the story of a group of childhood friends trying to reconnect after a tragedy five years earlier caused them to take different paths.