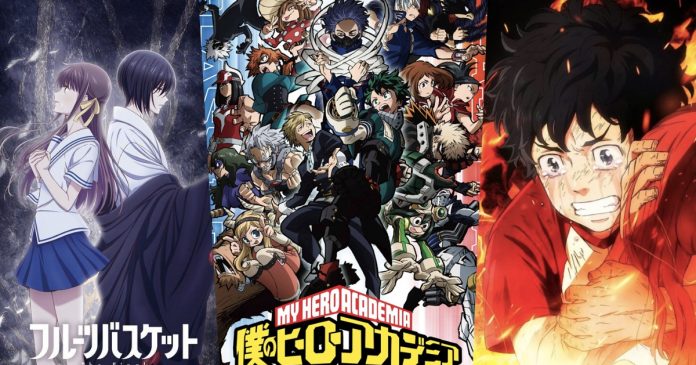 The anime is a medium that launches its most important franchises in seasons, with the spring 2021 providing fans with many new and recurring series to dive into. Now, the Filmarks website asked fans which series they are most excited to witness in the coming months.

With series like My Hero Academia and Fruits Basket making great returns. While other titles like Tokyo Revengers and Shaman King They are doing their great performances, there are a multitude of anime shows for fans to watch and add to their favorites.

The Truth News reminds you that you can watch spring 2021 anime premieres on official platforms like Crunchyroll, Funimation, Netflix, and Amazon Prime. Each of these platforms has series in their original Japanese language with subtitles and a variety of official dubbing: English and Spanish.

Which anime series are you most excited about this year? What new series seems more attractive? Something that stands out to the Japanese animated series are new seasons of premieres, each one linked to a season of the year. The 2021 winter premieres say goodbye with greats like Black Clover (Yuki Tabata) and Jujutsu Kaisen (Gege Akutami).

Finally, anime adaptations like Shingeki no Kyojin (Hajime Isayama series that comes to an end in April) confirmed a comeback in 2022. The above, due to original manga material with enough chapters for a series or movie. Which manga would you like to see with an anime adaptation in the future?