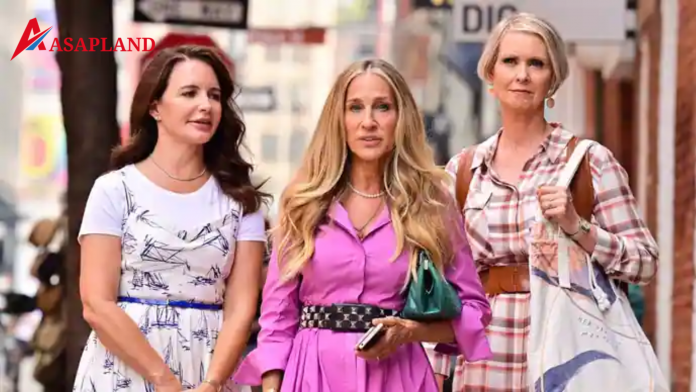 And Just Like That is still in its first season, just to inform you if you didn’t already know. There are ten episodes in the first season, two of which have yet to air. On February 3, 2022, the show will come to an end.

However, the show’s viewers are curious about the status of the renewal. If they’re getting a second season. So, let’s fill you in with the details.

HBO is contemplating a season 2 for And Just Like That. Previously, the show was criticized poorly by the media and HBO viewers as well. Given that it is a spin-off to the iconic Sex And The City, the show has done a pretty lousy job at keeping up with its reputation.

As per the sources, insiders feel an intense instinct of success if a second season. In all honesty, that wouldn’t be of much help, as the show has claimed to be weird and awful. However, we have to look out for any confirmation.

There are still two episodes until season 1 ends. As sources tell, the team has to prove a point and get the fans back. Hence, the best way to do so would be to have a second season.

However, HBO is yet to confirm any claims of a renewal. To get a renewal, HBO has to spend big bucks to invest as it is a pretty expensive production.

Moreover, HBO, at the current time, has around 73 million subscribers globally. Hence, the network has to confirm the additional subscriptions the show brought. What is more important is how many subscribers actually viewed the show.

Casey Bloys, the chief content officer of HBO, said last month that there is no certainty at this point. To have a renewal for And Just Like That, the team might have to sit and have a conversation.

However, he did hint at a possibility of the show coming back for a season while saying it is up to the team if they want to plan a season 2. However, is it the best decision, given the poor reviews from fans and critics? We will watch out for updates from HBO.

Chris Noth, who plays Mr. Big, was involved in a sex assault controversy shortly after the show premiered in December, prompting questions about the production’s future.

Big was supposed to return in a vision to his wife Carrie Bradshaw, played by Sarah Jessica Parker, but Noth, whose character died in the first episode, has been omitted from the poignant Paris finale.

In all honesty, we are unclear about the show’s comeback. At this point, it is impossible to figure out which characters will be added or what new storyline will be served.

Moreover, fans of Sex And The City were not too happy with season 1 itself. So, is it even a good idea to bring back a second season? We will have to find that out sooner or later probably.