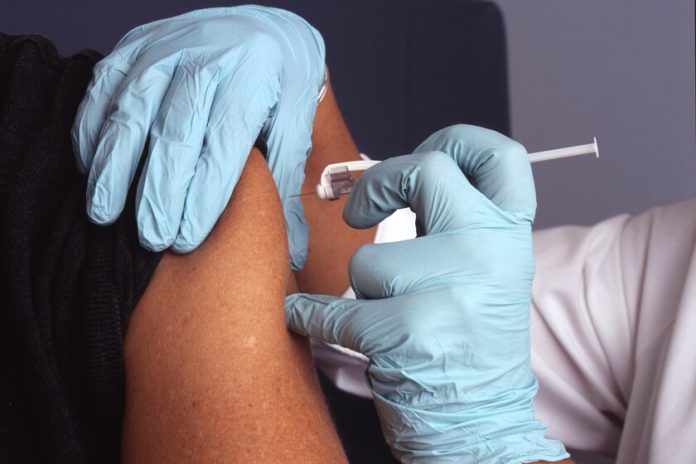 The variant B.1.617 (or “double mutant”) of COVID-19 recently discovered in India, is in the crosshairs of experts to elucidate if it is behind the worrying increase in cases in the country. The variant has two mutations in its genome and was discovered in late 2020 in two Indian states.

Just a few months ago, antibody data had suggested that many people in cities like Delhi and Chennai had already been infected. The studies also suggested that, nationally, some 271 million people had been infected, roughly a fifth of India’s population of 1.4 billion. All of this led some researchers to conclude that the worst of the pandemic had happened in the country. But it’s not like that.

India today has 2.4 million active COVID-10 cases. It is 15% infected in India since the start of the pandemic. What is happening? One of the possible explanations could be the new strain detected.

This new mutation has been detected, above all, in the western state of Maharashtra after several tests in the sequencing of the virus genome. However, only 728 cases of the new variant have been identified due to the limited sequencing carried out in the country.

Strain with more than two mutations

The genome B.1.617 has at least 15 mutations, with two specific mutations in protein S that define it. Thus, the B.1.617 strain contains two mutations (hence its nickname “double mutant”, although it is not a scientific term).

This strain with two mutations has been linked to increased transmissibility and the ability to evade immune protection. Each of these two mutations taken separately is not unique to this variant, but the occurrence of both in the same variant is unique to it. However, scientists are not yet sure whether the variant is more infectious or resistant to vaccines, as much of the data on this variant is incomplete.

The first of the mutations is E484Q, which affects a specific amino acid of protein S that is also altered in the South African and Brazilian variants, allowing it to evade the immune system more easily.

The second mutation is called L452R, and has been previously found in the Californian variant. It affects the part of the S protein that interacts with the ACE2 receptor, which could help the virus to better bind to cells. It has also been associated with a greater ability of the virus to hide the action of antibodies.

These two mutations have been seen separately, but this is the first variant where we find both combined.

Many refer to the variant as the “double mutant” because B.1.617, in effect, has two key mutations that have arisen in two other strains. However, as already stated, this is not scientifically correct because SARS-CoV-2 mutates all the time. So there are a lot of double mutants everywhere. Like the other variants, in fact, B.1.617 contains not just two mutations, but more than a dozen, but people have started talking about “double mutation” just because it contains two very famous mutations.

The WHO classifies the Indian variant as “variant of interest”, which should be translated as being monitored. Jeffrey Barrett, director of the COVID-19 Genomics Initiative at the Wellcome Sanger Institute, for his part said that the Indian variant has not spread much in recent months, which in his opinion makes it more likely that it is not as transmissible as the B.1.1.7, the one detected in the United Kingdom, which includes the N501Y mutation in the receptor-binding domain, related to higher transmissibility, according to technical reports.

For other researchers, this new strain could be behind the figures for India this Sunday, which has reached 190,000 deaths after four consecutive days, registering more than 300,000 new daily infections and an average of 300 deaths a day.

The situation in India, in fact, is similar to that of late last year in Brazil, where a resurgence of COVID-19 in the city of Manaus coincided with the spread of a highly communicable variant known as P.1, which might have been able to evade the immunity conferred by infections with earlier strains.

Finally, the COVD-19 vaccines will most likely still work against B1.617. The only thing that could happen is that they could be a little less effective, as reported Ravi Gupta, Professor in the Department of Clinical Microbiology Medicine at the University of Cambridge, on Twitter. There are also indications that people who have already had COVID-19 may more easily get reinfected with this strain, as Gupta goes on to write, especially over time, as their natural immunity wanes. These reinfections, then, They may also be driving this second explosive surge in India.

Bottom line: the strain is worrisome, of course, but it is not known if it really is the only cause, nor that it is the most important cause of the increase in cases.

As explained in Nature, the situation has been overwhelmed by a concurrence of factors, among which is the appearance of particularly infectious variants, it is possible, but also a low coverage of vaccines (only 8% of the population is immunized, despite to be one of the largest vaccine producers) and an increase in unrestricted social interactions. So not everything depends on the variant, and we don’t really know to what extent it is influencing.

As if that weren’t enough, there are other epidemiological reasons that could be added to those cited to explain this upturn in cases: the first wave affected mainly the urban poor, causing many deaths and giving the impression that many people may already be immunized when in fact they were not. It is therefore possible that antibody studies were not representative of the entire population and exposure in other groups was potentially overestimated.

In conclusion, the existing sequencing data is not sufficient to make conclusive statements and we still have to be very cautious with the causes that underlie this upturn in cases.

At the moment, it is known that the Indian variant is already, at least, in eight countries, according to data from the Gisaid genomic surveillance consortium. The European country with the most cases is the United Kingdom, where it has been detected in 268 people. It has also been found in Germany (11 cases), Switzerland (6), Belgium (4), Italy (3), Ireland (3), France (1) and Spain (1). Figures that are probably underrepresented, because only a small part of the existing COVID-19 cases are sequenced.

To prevent its spread and entry to other countries, the United Kingdom, France, Germany, Italy, Switzerland and the Czech Republic have announced the tightening of measures. In most of these countries, the ban extends to passengers coming from the country or who have been in it in the last 14 days. Spain still allows travelers from India to enter.

Today, India is the epicenter of COVID-19 in the world. More than 133 million doses have been administered, primarily of an Indian-produced version of the AstraZeneca vaccine called Covishield, which is less than 10% of the population of India. However, the full schedule of the vaccine has only been received by about 20 million people (1.4% of the population). It is also being vaccinated, to a lesser extent (barely 5%), with the Indian vaccine Covaxin.

At the moment it seems that the cases of infection after vaccination are asymptomatic or mild. Therefore, vaccines are used for the most important thing: to avoid serious diseases.

In other words, the percentage of vaccinated is still very low. We have to wait to see the situation when the proportion increases.

India supplies AstraZeneca to people over 18 and Covixian to people over 12, but has authorized Sputnik V for emergency purposes and will manufacture 850 million doses of this vaccine per year.