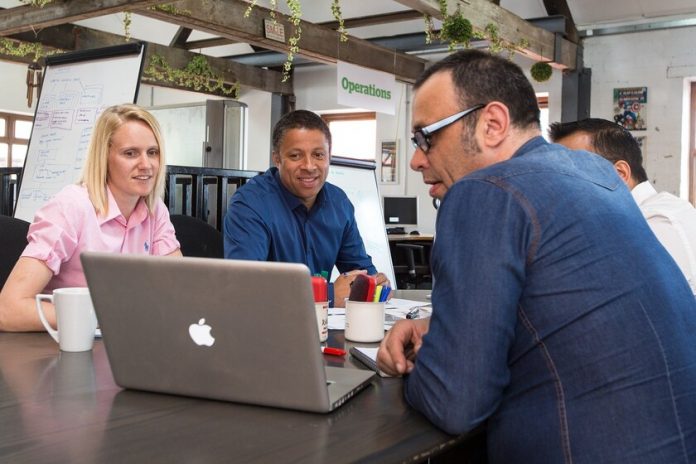 Short, specific, only for important topics and that add value. This is how the great technological gurus think that meetings should be, from Elon Musk to Jeff Bezos, through Marck Zuckerberg, Steve Jobs or Jack Darsey, with the aim of resolve the issues for which the meeting has been convened without wasting the attendees’ time and, consequently, reducing the productivity of the company. For everything else, a simple email is enough.

In order to achieve short and highly productive meetings, each of these leaders has their own techniques and recommendations, which have been told through different interviews, conferences, letters to employees or autobiographical books.

Jeff Bezos, for example, had in one of his letters, collected in the book Invent and Wander: The Collected Writings of Jeff Bezos, that he always tries to avoid meetings in the afternoon, when he and his colleagues are already tired and less efficient, which usually makes them concentrate less on the capital issues and the meeting, therefore, takes longer than necessary. Likewise, he also does not call meetings before 10 in the morning, at which time he considers that he is already awake enough to perform at his best.

The still CEO of Amazon also explained, in the 2018 Forum on Leadership, that to get a productive meeting No more people would have to participate in it than you would invite to eat two pizzas, that is, between six and eight attendees. Thus, he assured, decisions are made faster and the meeting is much more efficient.

A similar rule followed Steve Jobs, founder of Apple. The one who was the most popular face in the tech industry for years had several rules when it came to meetings, and one of them was to be as small as possible. In fact, sometimes he even drove out of the room people who had been summoned by other attendees and who he considered had nothing to do thereAccording to Ken Segall, Apple’s former advertising creative director, in his book “Incredibly Simple: The Obsession That Made Apple Success.”

Also, Jobs did not want slides to be used in his meetings, since he thought that if someone knew well the topic he was going to talk about, without having to rely on graphics and text, get to the point more quickly without straying from what’s important.

Another rule that the founder of Apple had, according to Segall, was the obligation for each point of the meeting to have a person in charge it was presented, addressed correctly, and resolved. Jobs thought that if someone took on that responsibility the matter would be handled in a much more efficient way.

Meetings while you walk

READ:  Diablo 2 is my favorite game and playing Resurrected has been very exciting

In fact, according to Bloomberg at the time, the conversations between Zuckerberg and the owners of WhatsApp for the purchase of the latter took place in meetings on foot.

For the rest, the founder of Facebook has also explained on several occasions that before a meeting he asks that the agenda and the objective of the meeting are clearly defined, so that the conversation does not deviate from the main topic.

If you get bored, leave without justification

Getting bored in a meeting is a bad sign, that’s why Elon Musk recommended to his employees, in a letter he sent them in 2018 and published by Electrik, that they leave the meeting without justifying themselves if it happens to them. if someone is not adding value, rudeness is wasting the time of the rest of the audience, not leaving.

Beyond the hooligan tone to which we are already accustomed, with these words Musk appealed to productivity: If the meeting is not working for you, don’t waste your precious time.

In the letter, the CEO of Tesla and SpaceX also recommended eliminating all large meetings and reducing their frequency unless it is a matter of the utmost urgency. For Musk, excessive meetings are the “plague” of large companies.

A similar opinion to that of the South African businessman has the company Gitlab, which has taken its recommendations on meetings to its corporate policies in its Remote Manual, a guide in which they offer guidelines, tips and useful information on how to implement the all-remote mode in any company and that they themselves apply in their company.

READ:  Google Photos for Android already allows you to improve the sharpness and reduce the noise of your photos

“It encourages written communication to avoid toxic cycles of meetings that only serve to update,” they explain. In this groupware company the person calling the meeting has to draw up a document justifying the need for the meeting and its objectives, which he hosts in Google Docs and shares with the rest of the attendees so that they can read it and add comments, so that work is done before the meeting.

And once the meeting has taken place, that same person must write another document with the results. In this way, they ensure from Gitlab, the convener assumes greater responsibility, which discourages him from holding meetings that are not capital, and the rest of the attendees have a greater amount of prior knowledge of the topics to be discussed, some of which have already begun to work even on the shared document, with which the meeting is much faster.

This way of approaching these business meetings is also applied by Jack Dorsey, CEO of Twitter, who pointed out in your social network profile what all your meetings are based on Google docs that attendees read and comment on directly before starting.

“This practice allows time for everyone to tune in, allows us to work from many places and get to critical thinking faster”, He pointed out.