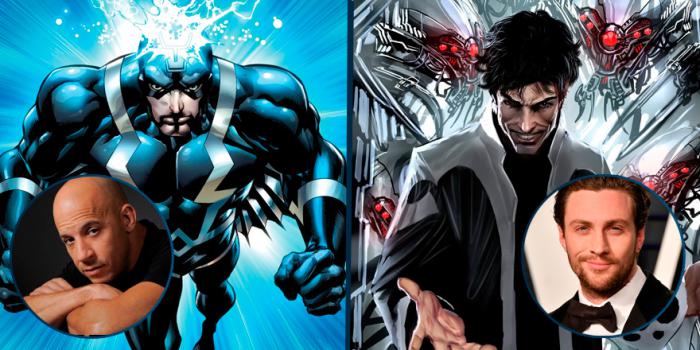 The Inhumans seem once again closer to returning to the Marvel Cinematic Universe after the failed attempt of the "Inhumans" series a few years ago. After rumored this return last August, from GWW they point out that Marvel Studios would already be in the process of casting.

The portal, generally wise in this series and movie casting, says the studio would be looking for actors to get hold of roles of Black Bolt and Maximus facing the series “Ms. Marvel ”, the Disney Plus project. This would make sense considering the inhuman origins of the character in the comics.

Vin Diesel, who years ago campaigned, is one of the candidates for Black Bolt, the king of the Inhuman Royal Family. As we know from comics, this inhuman is usually silent because the slightest whisper of his mouth can decimate an entire city. Diesel is already part of the UCM indirectly, being the one who gives voice to Groot.

Aaron Taylor-Johnson, the actor who played Quicksilver in "Avengers: Age of Ultron"He would be a candidate for Maximus, the inhuman brother of Black Bolt and with psychic abilities, who often acts as an antagonist for Black Bolt.

Therefore, if this were true, the interpretations made by Anson Mount and Iwan Rheon in the 2017 miniseries would be completely ignored.

There is currently no release date for this series about Kamala Khan, but it is believed that it could arrive in spring 2022.

Via information | The GWW

here we are! The servers are offline and the patch is downloadable
Tigres is the best team in Mexico according to the World Ranking Club
Comment