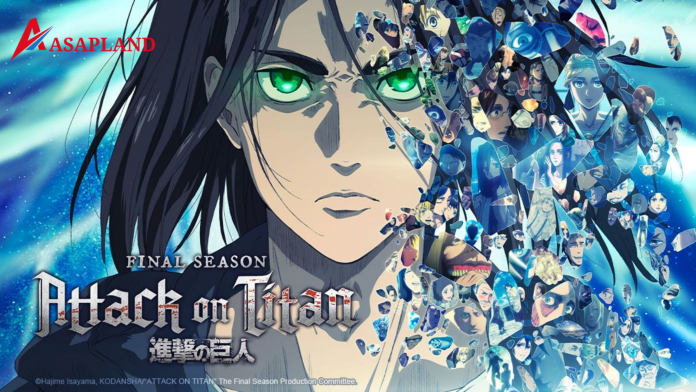 The 19th episode of Attack On Titan season 4 began, although this time, there was no intro or any flashbacks from previous scenes. This situation was a clear call for a thrilling episode ahead. We see Zeke get hit, and it all begins there.

Porco Galliard, with all his hits, wasn’t going far with the fight. Seemed more like Porco was avoiding wasting unnecessary time on a fight with Eren.

Even, on the other hand, had beaten Porco to the point where his skull was almost mashed. To fight back, Porco would need some energy to go on fighting.

Reiner then get Eren pinned down. Reiner is more of a rival to Eren than Porco, given that he feels incredibly guilty and wants Porco to live. Reiner tries his hardest to keep Eren from escaping, pleading with Porco to keep fighting.

READ:  'Indiana Jones 5' signs Mads Mikkelsen: the star of 'Hannibal' and 'Another Round' joins the archaeologist's new adventure that will arrive in 2022

However, the Beast Titan in Zeke awakens and is about to turn those who tried to suck in his spinal fluid into titans. Zeke is about to do so when Colt and Falco chase him, asking him to stop.

Colt pleads for Falco’s life and asks him to get as far as possible so that Zeke’s clues don’t affect him. Colt further begs to keep the children away from all these. Unfortunately, Zeke in Beast Titan cannot comprehend Colt’s pleadings.

As soon as Zeke’s Beast Titan starts to cry out for help, Falco is transformed into a Titan. Colt, who has refused to leave his brother alone, is heavily injured and dies moments later.

Now, the Eldian army has transformed into titans. Zeke asks Falco to attack the army along with the transformed titans. Reiner, on the other side, has accepted his downfall and lets Falco head-on with the attack.

However, after a while, Porco appears and willingly gets noticed by Falco. He sacrifices himself on the way to inherit the Jaw Titan.

We also see that General Magath tries to wound Zeke with another Anti-Titan Mobile Artillery attack, thinking he has finished Zeke.

However, Zeke hides under the Beast Titan’s carcass by performing Pieck’s trick. Eren notices him and runs towards his brother in his original form after freezing Reiner’s Armoured Titan by using the hardening of the Founding Titan.

It had appeared for a while that Eren finally got to rule over his Titan. However, that fortune lasted only for a bit. Eren is beheaded by Gabi using an Anti-Titan rifle.

Zeke, although, has the chance and begs Eren to take control of Ymir Fritz, but Eren declines.

Eren accepts that he is helping Zeke to get the powers of the Founding Titan. In the end, it appears that Zeke was only testing his half-brother.

READ:  Everything You Need To Know About The 21st Episode Of Attack On Titan Season 4: From You, 2000 Years Ago

Zeke has already inherited the powers of the Founding Titan and has nullified Fritz’s vow to renounce war.