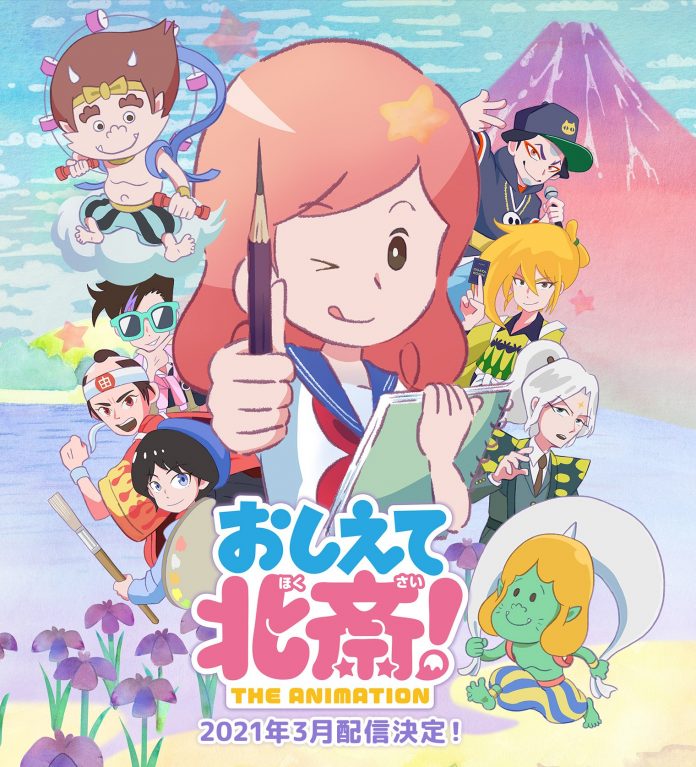 A promotional video for the anime Oshiete Hokusai !: The Animation (Teach Me, Hokusai!) has been published on its official website, in which they reveal the cast and confirm that its premiere will be in March, for now on digital platforms, although without knowing if it will reach Latin America.

This comic project will arrive as a series of short episodes and introduces us to Tenkorin Okakura, a girl who wants to become an artist, but finds it hard to practice, that is why during a dream with Raijin, the god of painting, she asks him for help. to make his wish come true and this grants him the ability to speak with great historical artists for help.

The ending will be named “Oshiete Hokusai!“This being specifically created for anime by the rap group POP and the band YMCK.

READ:  When will ' Jane the Virgin' leave Netflix?

Naoto Iwakiri He is the creator of the play, which was published on the page “Cakes” in 2016 and will also direct the anime, which will have a series of 10 chapters of 10 minutes.