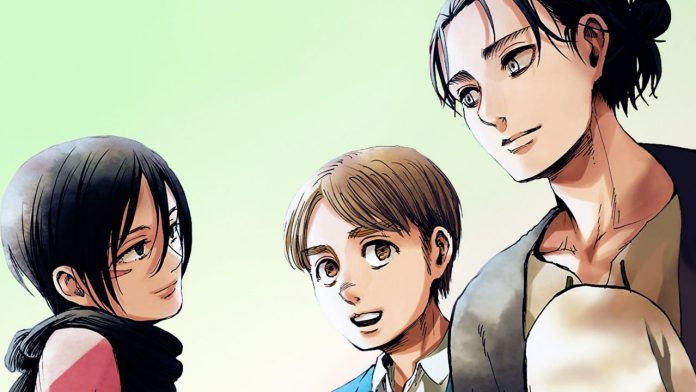 We witnessed the life of Eren Jaeger in Attack on Titan, as he tried to defeat the huge creatures along with Mikasa, Armin and the others. The end of the story brought many answers to some of the questions readers had asked themselves over time. One of these concerned the Eren’s true feelings towards Mikasa.

As we said in the Attack of the Giants review, the ending was certainly a bit rushed and with some dark points too, but in general there were enough answers. And one of these concerns precisely the relationship between Eren and Mikasa.

Despite the way he behaved at their last meeting, actually Eren Jaeger amava Mikasa Ackerman. The protagonist himself revealed it during his long journey with Armin in the world of memories created to explain why he behaved in that way and chose to become the antagonist of The Attack of the Giants.

Eren has done everything to keep Mikasa away, even though he is aware of the love she felt for him, but he too reveals that he does not want to see Mikasa with someone else and would like her to continue to think about him even years after his death. A revelation that was pathetic according to Armin, but which reveals how much the protagonist of The Attack of the Giants would have followed a different path if he could.

READ:  This "Doctor Who" Star To Be A Part Of Yash Gill's Power Half Hour!!