In the last fifteen years we had not seen a case like the launch of the Huawei Mate 30 Pro. With the commercial war between the United States and China, Huawei has caught a ricochet that has caused, among other things, that its new phones have not They can include the standard Android license that we all know and is based on Google Play Services.

In the absence of knowing what will happen on November 19, when the new period of extension for the veto is fulfilled, the first victim of this 'new era' is the Mate 30 Pro, which will go on sale in some markets, including Spain , where it will arrive predictably in mid-November, with an Android fork and without the Google Play Store preinstalled.

We had the opportunity to talk with Huawei Spain to know what arguments will try to sell the Mate 30 Pro and the main one is that they will position it as a challenge for more "pro" users. We explain it.

The Mate 30 Pro as a technological challenge

We already said in our first impressions that this Mate 30 Pro has a hardware that competes from you to you with the best of the high range of this year, although perhaps that quadruple camera and that madness at 7680 fps will take all the 'wow effect' Among all the phone specifications.

But, of course, it is a telephone whose announced starting price was 1099 euros and in which you will not be able to use Facebook, WhatsApp or Gmail unless you manage to install the Play Store (because installing via APK the applications independently does not seem an effective solution, especially for updates or security). Huawei recognizes this barrier of entry and for that reason they will position it as the telephone for those who dare or accept the challenge.

The bootloader option to install Android ROMs is now ruled out, so there are some alternative paths that, in no case, Huawei can explain to the user. In other words, if you go to a Chinese brand store and ask how to install Google Play Services on the Mate 30 Pro they can't tell you how to do it explicitly for the legal consequences that it could carry.

Maybe the store worker can make a wink of the type "you can search how to do it on this website", but it is clear that the terminal loses many sales arguments as soon as any type of inconvenience appears for the user (and not being able to have WhatsApp "first" is a very large one).

Yes, the official Huawei app store, AppGallery, is pre-installed, but we don't find any of those most used such as Facebook or Gmail. Failing that, we find its own equivalents, such as Huawei maps, although the company assures us that they are already working so that in the future WhatsApp, YouTube or Instagram can be downloaded from their store.

It is just for all this context that Huawei has repeated to us several times that they will focus on the "pro public", but not "pro" of "professional", but on advanced users and with technical knowledge that are able to overcome this entry obstacle . Come on, be able to find life to make the phone functional.

Regarding security, we asked Huawei if they had considered all possible scenarios and consequences of marketing a terminal without Google Play Services, especially considering that the door is opened for users to "tap" the device software, which raises the risk of possible attacks or that some type of malware is downloaded. His response was that the Mate 30 Pro will include an Avast antivirus license to offer an extra point of security. 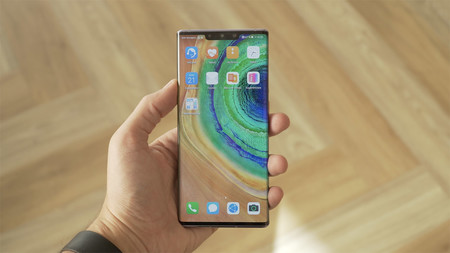 Huawei has not defined its definitive pricing strategy for the launch of the Mate 30 Pro in different markets. That means that the 1099 euros of departure that were announced in the presentation can vary and, following the logic, it is very possible that they are inferior. Or that some type of pack is used that can make the phone more attractive (we think here about FreeBuds 3, for example).

What Huawei has been able to tell us is that there will be warranty support and returns, and although it is not 100% detailed, in practice it will mean that the warranty will not be canceled if the user modifies the software of the product, nor will it be too bad if someone wants to return a Mate 30 Pro. This is because, according to They confirm us, they do not have a defined sales objective and they are clear that it is an exceptional situation.

It seems rather an experiment to see how the market receives such a peculiar launch, a testing ground that puts them in the worst possible scenario (that the veto continues in effect also in 2020) while they finish developing their own operating system. In fact, Richard Yu already told us that, "If nothing changes, HarmonyOS may arrive with the Huawei P40." That is, if the dates do not change, from March next year.

However, after having managed to install Google Play Services, it is necessary to overcome a psychological challenge that has to do with asking yourself what you just did, what you have installed, where it comes from and if everything will work normally in the future.

Testing the Mate 30 Pro we understand why Huawei says it is its great challenge: without Google apps or Google Play you have to know about Android to make it work was last modified: October 23rd, 2019 by Esther
Share it:

Amazon Gaming Week: from FIFA 20 to AC Odyssey, the discounts of the last day

Sony absent from PAX East: the mayor of Boston tries to make the company change his mind

Some Google Pixel start receiving "Rules", a system to automate actions in Android 10
How to save an entire WhatsApp chat with your images, stickers and others
Comment