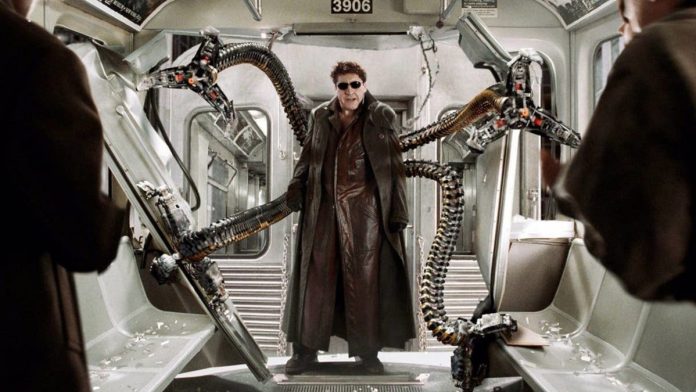 ATTENTION: IN THIS ARTICLE THERE ARE SPOILERS FOR SPIDER-MAN: NO WAY HOME

Alfred Molina will reprise his role as Dr. Otto Octavius ​​(or Doctor Octopus) in the upcoming film by Spider-Man: No Way Home, the third starring Tom Holland and already belongs to the Marvel Cinematic Universe. Normally, Marvel actors follow a strict protocol of silence regarding what we will see on the film, but Molina seems to play in another league.

In an interview with the medium Variety due to her appearance in the movie Promising Young Woman, Mollina spoke quite a bit about her return to the role of Octopus, something that popularized her in 2004 in Spider-Man 2.

“It has been very interesting to go back 17 years and repeat the same role, since in subsequent years I have aged and I already have my ailments” has said.

Molina spoke with Jon Watts, the director of the film, about how Octopus would return after having died, supposedly, in Spider-Man 2 and told him that “in this Universe, nobody really dies.” The director also told Molina that they will pick up the doctor’s story from the moment he disappeared. “That moment on the river.” Probably where he sacrifices himself to submerge his power machine.

As for Molina’s concern about age, Watts told the actor to look at what Marvel did for Robert Downey Jr. and Samuel L. Jackson, where they subtracted age. Still, Molina was concerned about the issue.

“They made De Niro’s face younger, but when he was fighting he looked older … That’s what worried me about doing the role again.”

However, Molina has said that he remembers when he was filming Spider-Man 2, when they controlled his mechanical arms (with real effects, not CGI) and had to shit with a lot of weight. “The arms did all the work, hitting and lifting weights.”

Molina isn’t the only actor to return in Spider-Man: No Way Home. Jamie Foxx will go back to being Electro (and he’s from another Spider-Man universe), and this led to speculation that the previous actors could appear … but Holland has assured that that will not happen.