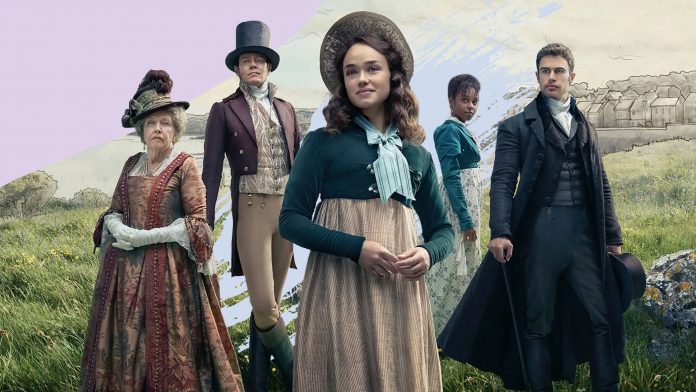 Sanditon is returning on Masterpiece PBS with a season 2. The platform released a trailer, and we figured that a lot of romance and drama would evolve in the beachside town. And fortunately, the adaptation of Jane Austen’s unfinished Sanditon will do just that.

In the trailer, we see Charlotte Heywood, played by Rose Williams, has returned to Sanditon. However, the circumstances have differed a lot since the last season, which was approximately nine months ago.

After Charlotte’s heartbreak, she seems to have two new suitors waiting for her in season 2. What do Charlotte and her neighbours have for us in this season? Charlotte has a lot to say about her heartbreak. “Love is not as simple as you think,” she says.

Georgiana Lamb, played by Crystal Clarke, is also very intended to stabilise her life in a society where women are suppressed all the time. She also has the last summer before turning 21.

READ:  When Will Cedar Cove Season 3 Be On Netflix?

Is turning 21 going to raise Crystal’s interest in any romantic relationships? Will her love interests lead her into a better life, or will it bring trouble? The plot is a little scattered if you figure it out from the trailer. Well, for further details we have to wait till 20th March 2022.

Allison, played by Rosie Graham, is also among the new characters in Sanditon. Playing the character of the younger sister, Allison is a heavily ambitious character who would do anything for her dreams. The second season will compromise romantic storylines and the continuous attempts of the Parker family to fix Sanditon after the occurrences that took place in Sanditon season 1.

Sanditon season 1 had ended with quite a cliffhanger, and we were sure that the second season would give us most of the answers. With Charlotte’s terrible heartbreak, we were curious what the ambitious women would do in a society where females cannot be the first to take a step.

Now that Masterpiece is finally releasing the show in March, we will be introduced to the plot with much clarity. Sanditon is one of those series that had mixed reactions from the viewers, hence, getting a second season is quite a fortune.

Fans can expect romance in the patriarchal England era to have a particular twist. With the suppression of women in society, will Charlotte be able to abide by her dreams? We will have to wait for the show to premiere, and hopefully, all our answers will be answered from season 2.