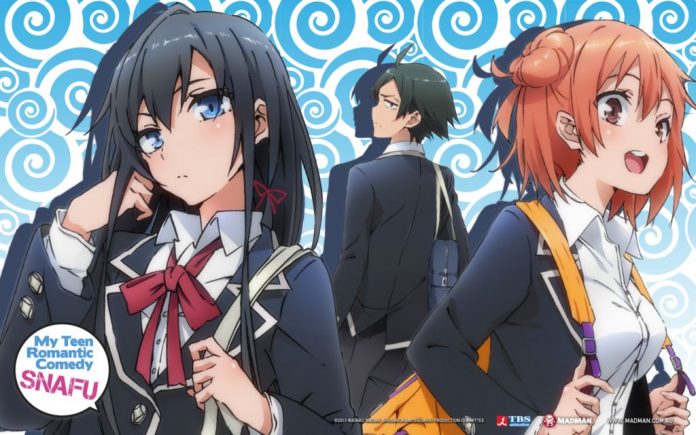 In July 2020, just before the end of the third season of Oregairu, the author Wataru Watari had announced a new series called Oregairu: Shin, direct sequel to the adventures of Hachiman and Yukino serialized in 6 Volumes. The reception received from Volume 1 was very bad, but despite everything it seems that the work continues to sell very well.

First of all, for those who are not on par with the novels, we remember that Oregairu (also known as My Teen Romantic Comedy SNAFU) is a series of light novels consisting of 14 volumes, adapted in three seasons by a cour each. The series ended in November 2019, but during the broadcast of Season 3 the author stated that a sequel Volume would soon arrive distributed in a bundle with the home video edition.

Oregairu: Shin, this is the name chosen by Watari, it turned out to be a complete sequel consisting of 6 Volumes, one of which has already been published. The first part of the work was harshly criticized by fans due to some narrative choices, and will soon receive an OVA adaptation made by Studio Feel.

Waiting to find out if Oregairu: Shin will be able to straighten the shot, Wataru Watari can still celebrate the finish of the 10 million copies in circulation, a figure that will certainly grow thanks to new volumes and future manga adaptations.

And what do you think of it? Are you following Oregairu? Let us know your impressions of the series in the comments section!