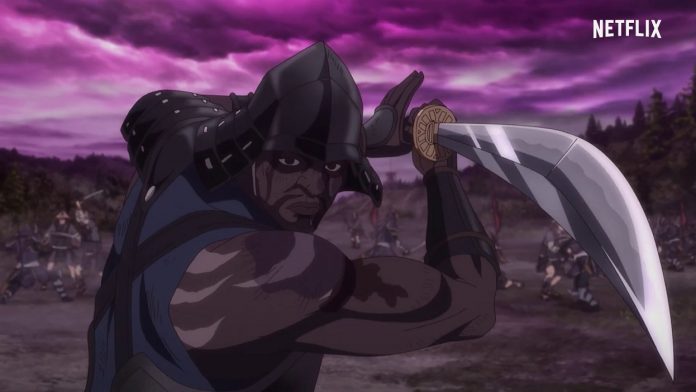 A recent update for the anime Yasuke has brought us a new promotional video of the series, which will premiere in Netflix on April 29 globally and will present the story of the first African samurai brought by LeSean Thomas and the study MAPIn this preview, the Japanese cast that will participate in this project has been presented.

The cast for the Japanese version includes:

This project will feature 6 episodes produced by LeSean Thomas together with the study MAP, it will also have Satoshi Iwatak to take over as chief director with Takeshi Koike for the design of the characters and with Flying Lotus for music production.

For the cast there will be the participation of Lakeith Stanfield to be the voice of the protagonist Yasuke In the dubbed version of the United States, the plot introduces us to Yasuke, which is a ronin who travels through a feudal Japan where magic and robots are mixed, he tries to lead a life in peace after a violent past, but inadvertently he will be involved in a situation that will force him to raise his sword to Protect a mysterious boy who seems to be the target of dark forces. This is the story of the first African samurai who served the legendary Oda Nobunaga.