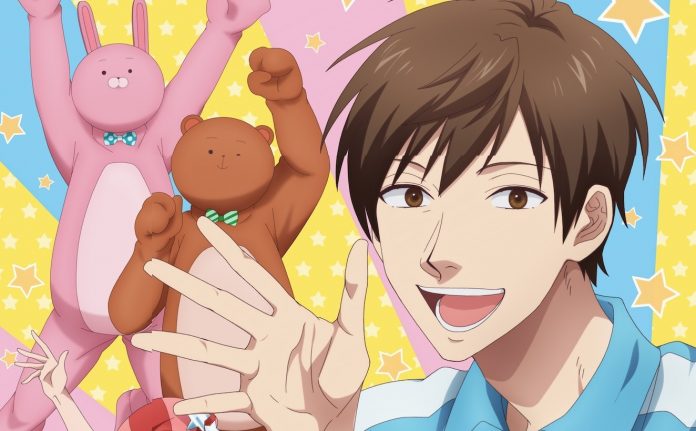 The official website for the animated manga adaptation Uramichi Oniisan (Life Lessons of Uramichi-Oniisan) from Gaku Kuze has been updated and on this occasion we have been introduced to new voices that join the cast, as well as they share with us that Mamoru Miyano will be responsible for putting the ending to the anime with the theme “Iketeru Oniisan“.

The voices announced are:

A couple of weeks ago they shared with us that the anime will be premiering in July and that Mamoru Miyano and Nana Mizuki They will be in charge of interpreting the opening.

The plot will be in charge of introducing us to Uramichi Omota, a 31-year-old, the star of an educational program called “Maman to Together”About physical exercises, where he is known for his lively and laid-back personality, but outside of the set, things change and we can see a side of him that is not known in front of the cameras.

The anime was due to premiere in 2020, however, several problems with production forced it to be delayed until next summer.

The management will be in charge of Nobuyoshi Nagayama (Smile Down the Runway, Are You Lost?, Happy Sugar Life) in White Studio, being Touko Machida the script supervisor and Mizuki Takahashi (The Ones Within) will be in charge of the character designs. While Kisuke Koizumi (Dororo, Juni Taisen: Zodiac War) is the sound director and Kei Haneoka will compose the music.

The manga began its publication in 2017 Ichijinsha and the digital magazine Pixiv Comic POOL, currently has seven compilation volumes.

READ:  Megalo Box 2: Nomad, the anime is inspired by the Sails of Scampia in the second episode