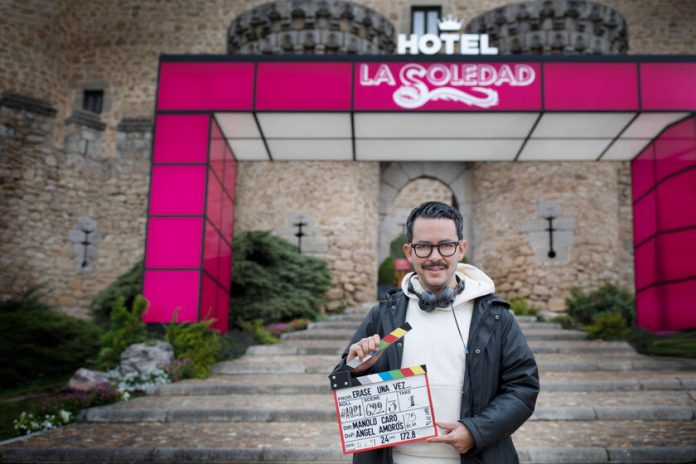 The largest global streaming platform, Netflix, has made a presentation this morning of April 15 in which has advanced some of the news that is preparing for the coming months. Naturally, in addition to international news, the company has focused on Spanish productions.

On the one hand a brief reminder of release dates, such as’ Jupiter’s Legacy ‘(May 7), season 4 of’ Elite ‘(June 18) and two second seasons / parts for this summer of’ Lupine ‘and’ Sky Rojo ‘(July 23). But, on the other hand, the announcement of seven new projects between movies, series and reality shows.

Curious case because Netflix has decided to transfer to Spain the production of ‘If Only’, the Turkish series that did not pass the court of the government of the Eurasian country for presenting a homosexual relationship. Megan Montaner stars in a series that follows an unfortunate woman who has the opportunity to travel to the past, then she will reconsider making other decisions to see what would have happened. Irma Correa adapts the script by Ece Yórenç.

READ:  My Hero Academia, only the best for the art exhibition: 7 famous authors will participate

Led by Verónica Fernández and Laura Sarmiento, the series follows a politician who faces public scorn when a sexual video of her is leaked. Itziar Ituño, Verónica Echegui, Patricia López Arnaiz, Emma Suárez and Ana Wagener star in this series.

Six-episode thriller set in a psychiatric prison that is assaulted by a group of invaders whose objective is to capture one of the inmates. Alberto Ammann and Luis Callejo star in the fiction created by Víctor Sierra and Xose Morais.

Film turn and the first one to review is the adaptation of the novel by Ariana Godoy. Marçal Flores directs this romantic film that tells the story of Raquel, who has been crazy all her life for Ares, her attractive neighbor. Although they haven’t exchanged a single word, she is determined to seduce him.

Romantic comedy scripted by Cristóbal Garrido and Adolfo Valor about Javier, a boy who since he had his first kiss at age 16 discovers that he has the power to know how the whole relationship will go through just one kiss. Things get complicated when he kisses his best friend’s girlfriend.

READ:  Berserk joins a company for the ultimate Irish Whiskey

Mónica Naranjo presents the new love reality show in exotic places. Six couples and the goal of seeing if they have really been honest with each other. During the program we will discover the truths and lies that have been told and the most lying ones will be eliminated.

Docurreality that follows the day-to-day life of Georgina Rodríguez, an influencer best known for being Cristiano Ronaldo’s partner. A deep and emotional rehearsal about the woman behind the lights.