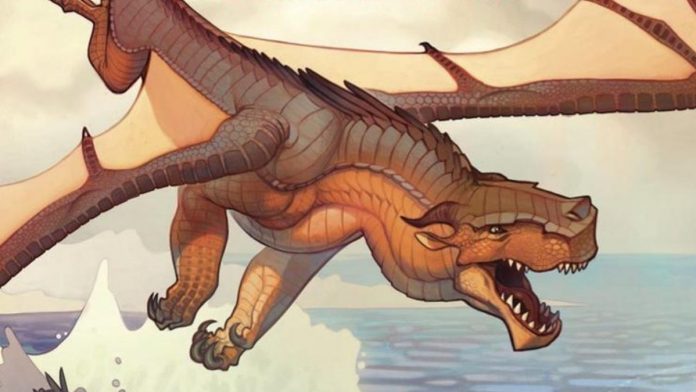 Netflix has announced Wings of Fire, an animated series based on the popular series of books for adults and young people (of the best sellers) that is about a war between tribes of dragons.

Ava DuVernay heads the series, which will consist of 10 episodes of 40 minutes in length. These will tell the story of the dragons of destiny. Or in other words, five young dragons who, according to the prophecies, are destined to restore peace to the war-torn world of Pyrrhia.

Based on the best selling series by Tui T. Sutherland, WINGS OF FIRE tells the tale of five young dragons embarking on a journey to end a bitter war between the dragon tribes. pic.twitter.com/OeeOaSiXWx

“Within this series of epic books from the mind of Tui Sutherland is an elegant saga full of wisdom and wonder, exploring ideas of belonging and prejudice, camaraderie and community”DuVernay said. “On behalf of my colleagues Sarah Bremner and Paul Garnes of ARRAY Filmworks, we are delighted to partner with Netflix and Warner Bros. Animation for this dynamic adaptation in which five young dragons fulfill their destiny and show viewers how to fulfill theirs.”.

READ:  Cute "Stormi Webster" is Saying "Love You" To "Kylie Jenner" in an Adorable Video Clip:

The series is blessed by the author of the books, Tui Sutherland, who said “‘Will there ever be a TV show?’ It has been the number one question I have received at events almost from the beginning, and the answer is finally yes! “.

“In the talented hands [de Milano y Starr], I have faith that the TV show will fulfill the dreams of all the people who have asked me that question over the years. “added.

At 40 minutes per episode, Wings of Fire will become another longer animated show, similar to Amazon’s Invincible (only without all the blood). And it will be another addition to Netflix’s growing collection of fantasy animation, offering a kid-friendly alternative to shows like Blood of Zeus and Castlevania.