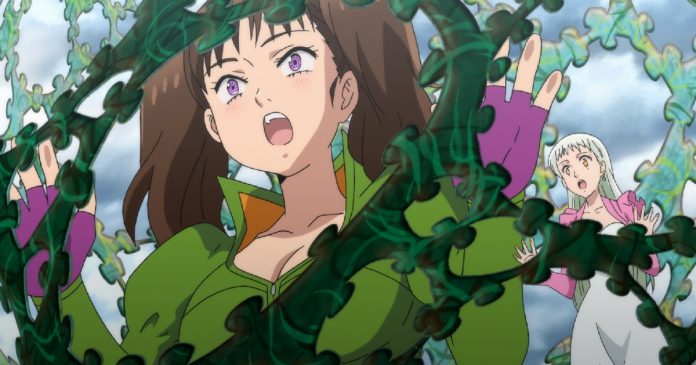 Based on a manga series written and illustrated by Nakaba Suzuki, “The seven deadly sins” or Nanatsu no Taizai is a anime fantasy that tells the story of a world caught in a perpetual war between demons and divine goddesses.

When Meliod, the demon prince, fell in love with the Goddess elizabeth, killed two of her subordinates and ran away with her. This started the Holy War with demons on one side and goddesses, humans, giants, and fairies on the other.

Elizabeth Liones is the 107th reincarnation of Goddess Elizabeth, forced to live mortal lives due to a curse from the Demon King. Currently, fans can enjoy season 4 (season 5 according to Netflix) titled The Seven Deadly Sins: Dragon’s Judgment.

The Truth News shares everything you need to know about the next episode 8 of the anime, spoilers, release date and where to watch Nanatsu no Taizai: Fundo no Shinpan (name in Japanese). Spoilers warning for anime-only fans!

Nanatsu no Taizai ‘season 5 episode 8, titled “The Doorway to Hope”, will be launched on March 3, 2021 and TV Tokyo and BS TV Tokyo. Netflix Japón It has the rights of transmission in streaming.

Studio DEEN, the current producer of the anime, worked together on the fifth season with the Korean animation studio Marvy Jack. Susumu Nishizawa directed the episodes, with Rintarō Ikeda as the main screenwriter.

Diane is stunned by King’s new form and wonders if he is still the Fairy King he has met. King, reading her mind, assures her that it is. On the other hand, Mael (Estarossa), possessed by the four commandments, casts Sparling Gem of Love, which King easily counters with True Form Eight: Pollen Garden.

Their battle doesn’t last long, because King is now more powerful. Even with the combined corruption of the four Commandments, Mael is no match for the Fairy King in its true form. But King does not kill the archangel, staunchly stating that seeking revenge will only increase hatred.

When the power of the commandments begins to disarm Mael’s body, Gowther searches inside Mael and asks him to return. In response, Mael asks Gowther why he (Gowther) chose it to balance Meliodas when there were other goddesses who might have served that purpose as well.

The Sin of Lust reveals to Mael that its creator, the wizard Gowther, chose Mael for the task, because he had previously murdered a demon named Glariza, who was the magician’s mistress. Finally, Gowther’s words reach Mael and he returns to the mortal world.

Although Mael no longer has an interest in participating in the war between the goddesses and the demons, Elizabeth and Gowther ask him to accompany them to Camelot and help them end the Holy War. In Camelot, Cusack and Chandler merge to become the Original Demon.

In Purgatory, Meliodas, Ban, and Wild confront the Demon King himself. In episode 8 of Nanatsu no Taizai (Season 5), King, Elizabeth, and others might arrive to aid Escanor and Merlin in their battle against the Original Demon. Meliodas could start fighting his father with the help of Ban and Wild.