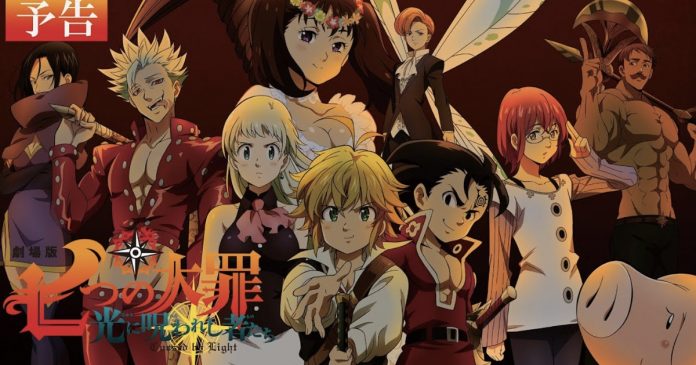 Nanatsu no Taizai is in the middle of its fifth season of anime and as promised Nakaba Suzuki, the creator of the series, the following is a sequel movie completely original. And now, the franchise just updated fans with a lengthy promo video full of spoilers.

The trailer lasts 90 seconds and contains several references at the end of the original manga, which is yet to come in anime season 5. In addition, the creator previously drew an official manga poster where they reveal that the movie The Seven Deadly Sins: Cursed by Light will premiere on July 2, 2021.

READ:  Have A Look At Sophie Turner Flaunting Her Baby Bump While Strolling!!

Is anime movie is the culmination of ‘The Seven Deadly Sins’. As a spoiler to animation-only fans, King and Diane’s wedding will be featured here, along with a new battle between the Sins and two new antagonists.

The new characters are strong enemies, whose appearances were not shown in the original manga story. They are Dahlia, the second king of the fairies (who is played by Yuichiro Nakamura) and Dubs, a master craftsman of the Titan race (who is played by Shinichiro Kamio).

Also, Nanatsu no Taizai previously introduced 3 other new characters. This trio includes comedians Akira Kawashima and Yusuke Inoue as demons serving under Zeldris, but the third addition is the most important. This is Kana Kurashina (Sazae-chan) who will play the Supreme deity.