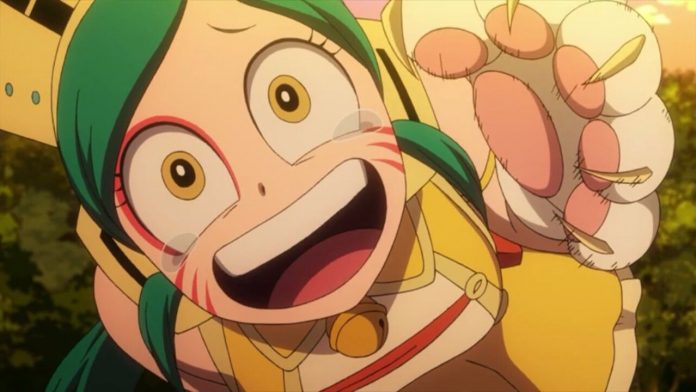 My Hero Academia is back on Mediaset. The expected episodes dubbed in Italian have finally been distributed and, after a rerun of the first two seasons, the local broadcaster has begun to broadcast the unreleased episodes. As you may recall, the third season of My Hero Academia led to the clash with the new League of Villain.

The new union was in fact struggling with its first mission, to capture Katsuki Bakugo. Against, these criminals found themselves the young boys of the Yuei, their professors but also the group of the Pussycat Dolls, consisting of four members.

The most unfortunate of the quartet was Ragdoll, a girl who has a very useful scan power and who immediately ended up at the center of the aims of All for One. To pay homage to the character, the cosplayer Stellasaurus dedicated some photos to her on Instagram that convinced a fair number of My Hero Academia fans. The three images below show the Ragdoll cosplay in heroine version and with all its joy. By also mimicking the poses and expressions, Stellasaurus managed to really step into Ragdoll’s shoes.

With the recent episodes broadcast on Mediaset, the Italian dubbing of My Hero Academia 3 has sparked controversy due to Magne’s situation.