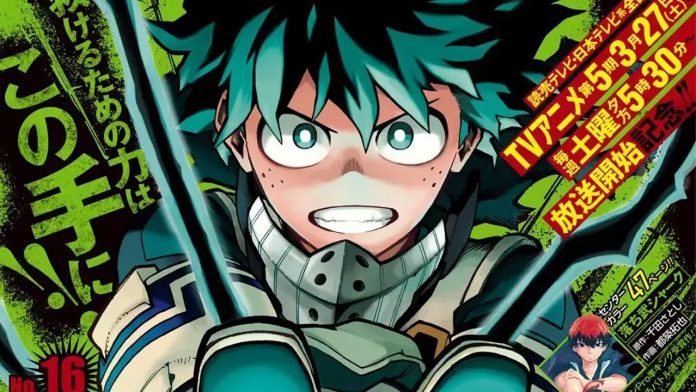 My Hero Academia has taken a surprising turn with the last few chapters and that has made it a real unknown what will be told by Kohei Horikoshi from that moment on. After the very brief timeskip, we saw Deku again in action against an old enemy, which led to a major confrontation in My Hero Academia 308.

Archived the battle with Muscular thanks to the new quirks of One for All, it’s time for Deku to move on. And the first details on the new reality of the young hero come from spoiler di My Hero Academia 309.

Chapter 309 of My Hero Academia is titled “I cannot remain a child forever”. Deku defeated Muscular and he returns to another place where he meets All Might. The former hero asks him how his hand is and Deku replies that he is fine thanks to the compression glove that All Might ordered directly from America. Hawks asks All Might how Deku is doing. We also review the doctor who told Deku long ago that he would risk losing his arms if he continued to use the power, but apparently the body of the protagonist of My Hero Academia has changed a lot and has become more resistant and that the One for All should be at 45% of its strength.

READ:  My Hero Academia 309 spoilers, release date, and where to read

Below are some spoiler vignettes of My Hero Academia 309 where we see Deku fighting with other criminals but also hugging his mother with a parallel from when he was a child. Additionally, Muscular’s capture is confirmed and he is tied up by some well-equipped cops.