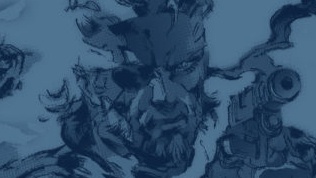 Rumors continue about a new installment of Metal Gear, and in this case we would talk about something as serious as a remake of the first installment for the new generation consoles. Or so says the main character’s voice actor, Solid Snake (David Hayter), Comicbook tells us.

It has been in an interview with Dan Allen Gaming where the actor has said that he knew about the game according to his sources for several days, before even becoming an industry rumor. And yes, we know that this is not any kind of official confirmation, but it is already something of more weight. According to Hayter:

“They just confirmed to me that it might not be a rumor, a couple of days ago. And even that still sounds like a rumor to me. But now it is something that has resonated throughout the industry, so it seems more realistic to me”said the actor.

Hayter gave voice to Snake in several installments of the saga, but in Spain we also had the luxury that Alfonso Vallés dubbed the character into Castilian. It was in fact shocking that in the second installment we no longer had him, nor in the third … and so we can move on, but the “worst” of all is that we did not hear him in the GameCube remake, The Twin Snakes, which could serve as the basis for any subsequent remake due to the cinematographic quality it reached and the evolution at the visual and soundtrack level, raising the original even above the second installment on PS2.