After all the movement last week due to the NYCC, Marvel leaves us little news this week that is limited to some official release of new lines for 2020 and the occasional teaser that advances what is to come to the world of cartoons for the next months. Let's get started!

Marvel launches a new teaser of the series of Deadpool which will start next November and with which you want to pay a tribute to the old Coppertone ads, although replacing the usual girl with the monster hunter Elsa Bloodstone.

In this illustration by John Tyler Christopher (in homage to the iconic announcement by Joyce Ballantyne Brand), Jeff (Land Shark) is biting Elsa's bikini, while Deadpool stays in the background watching. We can also read the phrase, “Greetings from Monster Island”, in reference to that Deadpool will hunt the King of Monsters, which has been installed on Staten Island. 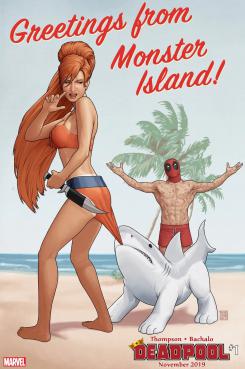 Sunspot lags behind in a new teaser from New Mutants

The new teaser launched to promote “New Mutants # 1” next November 6 is what has grabbed our attention these days because in it we can see Sunspot watching the Stajammers ship while this part to take Cannonball back to Earth.

The alignment of this new series includes the founders of the New Mutants (and some subsequent incorporation) as part of a welcome committee for the mutants as they enter into modern society of mutants in Krakoa.

The cosmic side of the Marvel Universe will be explored in this series by Jonathan Hickman, Ed Brisson and Rod Reis with adventures that the New Mutants and Starjammers will live. 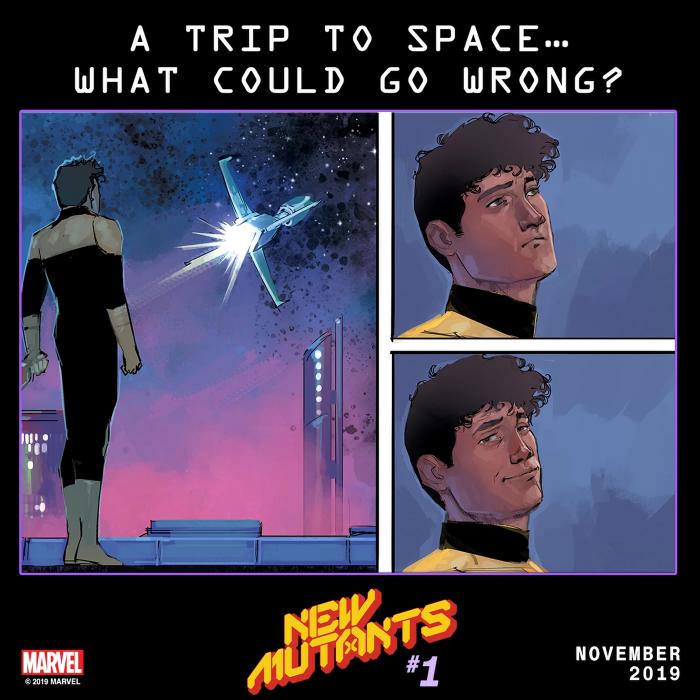 The Star Wars: Legends of Luke Skywalker manga arrives in the United States in 2020 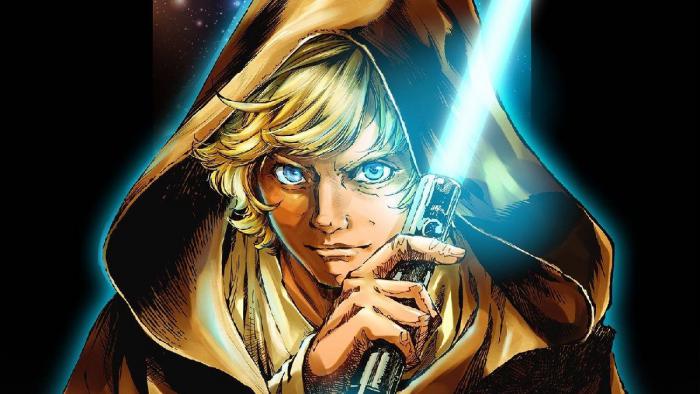 VIZ Media has announced this week that in early 2020 it will arrive in the United States "Star Wars: Legends of Luke Skywalker", an anthology of a collection of stories from a group of renowned manga figures that include Akira Himekawa (“The Legends of Zelda”), Haruichi (“Leia Organa: Ordeal of the Princess”), Akira Fukaya, Takashi Kisaki and Subaru.

With the global appeal of the Star Wars franchise, this editorial release offers a new and exciting way to enjoy the brand from the perspective of master manga storytellers – says Brad Woods, marketing director of VIZ Media. ‘Star Wars: Legends of Luke Skywalker’ presents the dynamic vision and bold artistic styles of some of the most famous creators and artists of the manga genre. We invite readers to discover this version early next year. 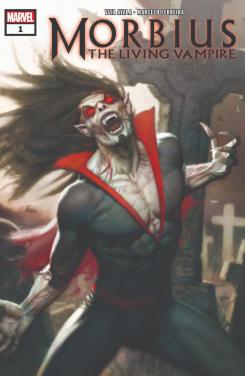 La Casa de la Ideas signs another artist exclusively for her. The drawer Marcelo Ferreira He joins Marvel exclusively after working with her over the past year. Ferreira has worked for Marvel in titles like “War of the Realms: Punisher”, in “Friendly Neighborhood Spider-Man” or in “Absolute Carnage vs. Deadpool ”, and this November we will see it in the series “Morbius the Living Vampire” with Vita Ayala.

I have been working with Marvel for the past 12 months, and I am very happy that they offered me this exclusive agreement, ”says Ferreira. Beginning with Morbius, I'm sure we will be able to deliver great comics to fans for another year and so on!

Working with Marcelo is an incredible collaboration experience! He is always enthusiastic and committed to the project, and he always has many ideas to put on the table, ”says Ayala. Every page I see in MORBIUS is a thousand times more intense and dynamic than I imagined. I am so happy to work with him!

Marcelo has an incredible talent, one with whom I had the good fortune to work before Morbius in Absolute Carnage vs. Deadpool – recognizes the editor Devin Lewis—. Reading those numbers before they went to the press, I was impressed, and I think everyone here at Marvel, Marcelo's classic sensitivity to action. Marcelo's style fit perfectly with what we were building through Absolute Carnage, and when it was time to start building a Morbius comic, it immediately caught my attention. It is clear from the first page of his work that Marcelo is a great Marvel fan and has done his homework. How to Draw Comics. The marvel way It is in the core (hah!) of his work, and Marcelo gives the reader something in each of the pages, if not in each of the panels. The work he has been doing at Morbius is one of the most visceral, scary and bloody things I've worked on in my time at the House of Ideas, and I'm so excited that everyone who is out there will put his teeth over.

READ:   James Gunn denies that there are clauses in Marvel contracts for not making DC movies

Asmodee will publish Marvel novels from 2020

The game company Asmodee Entertainment has announced that Aconyte, its new fiction label, has closed a multi-year deal with Marvel to create new prose stories based on the characters in the Marvel comics. The first novels will arrive in autumn 2020, in paperback editions, e-books and audiobooks.

Although nothing specific has been announced, Marc Gascoigne has advanced that we will see all kinds of characters from the Marvel Universe.

The universe of Marvel comics has had a large number of great characters and scripts that claim to be told over the years, and now is the time for them to become the center of attention – says the editor of Aconytes Marc Gascoigne. You can search for Asgard legends, several volumes focusing on some of Marvel's heroines, and stories of some of Professor Xavier's lesser-known students, and that's just for starters.

The opportunity for Asmodee to work with Marvel, as our motto says, is really a dream come true, ”says Andy Jones, director of Asmodee Entertainment. Aconyte's talented team is so excited to have this wonderful opportunity and will do a great job – the biggest challenge when you receive the gift of the Marvel Universe is, where to start? ”

Aconyte was created by Asmodee to expand the worlds of some of his most popular board games, such as Pandemic, Catan Y Arkham Horror, this being Aconyte's first announcement regarding a third party (outside of its own products). This is also the third collaboration of the Asmodee Group with Marvel, because earlier this summer, Asmodee Fantasy Flight Games announced the card game "Marvel Champions" and also Atomic Mass, another Asmodee studio, is developing the desktop miniatures game "Marvel: Crisis Protocol".