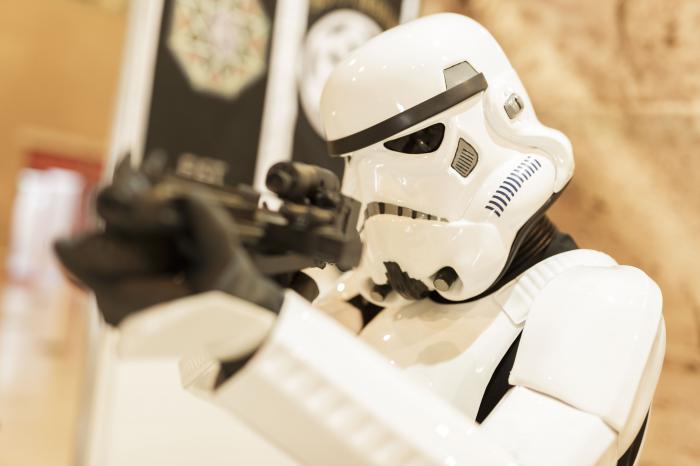 Mangafest has announced today the expansion of the fiction space through collaboration with Ficfest, the fiction festival of Seville, which will have its own space within the festival that will be held on days December 6, 7 and 8, and that in 2018 it received more than 60,000 visitors.

Mangafest's fiction space will feature international and national guests from the world of fiction, including dubbing professionals, stages, conferences, signatures and multiple activities.

This will be the first time in the history of the festival where the fiction space will feature greater number of meters and activities thanks to this addition where fans of the world of fiction, television, series and cinema can enjoy challenges, competitions, conferences, workshops, signatures and round tables around these themes, not forgetting the usual scenarios that will recreate great classics of yesterday and today in the audiovisual world.

The announcement of all these extra activities adds the announcement of the presence of voice actor Rafael Azcárraga, which has given voice to the character of Tormund Matagigantes. Recently Azcárraga has played roles in productions such as "Good Omens", "Mindhunter" Y "The Walking Dead", among other. His interpretation of Kratos in the video game "God of War" It has also been highlighted.

Azcárraga thus joins other guests we already knew, such as Vladimir Furdik, known for having embodied The King of the Night in "Game of Thrones" or the actor Claudio Serrano, Batman's usual voice.

Remember that Mangafest will have many activities that include presentations, signatures and conferences of actors, interactive scenarios, workshops and competitions where you learn and demonstrate all your knowledge about the world of series, movies, etc.

READ:   Bucky's first image behind the scenes of The Falcon and The Winter Soldier
Mangafest expands its fiction area with Ficfest and new guest was last modified: October 30th, 2019 by Maria Rivera
Share it:

Mel C told about eating disorders and depression, she wanted to be a "perfect" Spice Girls

'Lucifer': Netflix will divide the final season of the series into two parts
HBO Max: we already know the price and launch date of the platform with which Warner wants to go for Netflix
Comment