Lately the actor Jesse Eisenberg is very excited about the role of Lex Luthor that he interpreted with more importance in "Batman v Superman" and briefly in "League of Justice". A few days ago he acknowledged that he was still interested in reincarnating the villain, and in another recent interview he was even more excited and goes one step further in his eagerness for the character.

As we know, his return seems unlikely, as there are no known plans to make a sequel to "League of Justice" that allows to develop what was advanced in that post-credit scene. Own actor acknowledges that it has been years since he received any kind of update, but in one way or another, Eisenberg shows eager to return to paper.

Oh yes are you kidding me I would love to. It is the coolest role to play. I don't even know if they know what they will do with the movies, but for me it was inspiring. I would love to play that role forever. I have no knowledge of what they are doing with it.

You can do anything (with the character) and it is correct. You can be as funny, as dramatic, as crazy, as sensitive (as you like). The character is open to any interpretation. It is not a prescribed and acceptable role that audiences feel they have to like or see themselves in, so it is the kind of liberating role that actors like. Will you let me do it again? I have no idea. But it's the kind of thing that I like.

As we said, the possibility of a return seems quite closed at the moment, and although in the past Eisenberg has always said that he does not believe that there will be a return either, but he has also been eager to reinterpret it.

READ:  13 Reasons Why Season 4: Everybody goes to jail?

Via information | The National 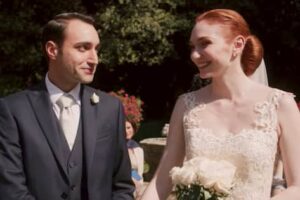 Courtney has a plan in the new Stargirl spot

Timeline of the Marvel Cinematic Universe 71: Janet's rescue, Castle's conflict with Pilgrim, and Hellcat's actions
Patty Jenkins talks about her decision not to direct Thor: The Dark World
Comment