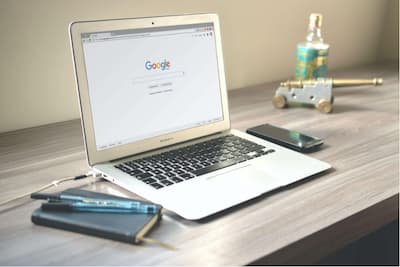 A film review, or, in other words, film essay, is one of the most popular tasks for students who are getting a Master of Arts degree. When writing film essays, students need to remember general guidelines that are suitable for various writing assignments projects. Still, they often don’t understand instructions and look for assistance from experienced film reviewers. When students ask, “please, do my paper for me,” they want to get a reliable film essay sample to use as inspiration for further writing projects. Also, we recommend getting acquainted with our guide on film essay writing so you’ll believe in yourself, no matter what challenges you face!

If you have an option to choose a film to write about, it is better to find the one you can’t live without. Sometimes teachers assign a topic on one film for the whole class, and in this case, it is more difficult to write a compelling essay. It especially concerns a film you don’t like. Still, you can always adjust a task to your own interest and express a personal viewpoint through it.

It doesn’t matter how creative a film essay is, as you should follow guidelines set by your teacher. Ask what exactly you need to include in your essay to omit flaws in the next writing stage. Clarify what formatting style you need to follow, what question to answer, and what method to use during research.

Even if you know the movie you write about, it is better to research for fresh facts. Watch video reviews from famous YouTube reviewers such as Chris Stuckmann or Jeremy Jahns. Also, you can find relevant articles from cinema blogs and read about your specific movie. Write down special moments to your text draft and point out the central idea of the collected information.

When you base your essay on a personal outlook, write the introduction, body paragraph, and summary from your own words. Otherwise, if your research method was based on an interview with a celebrity, analyze their answers in the body. In any case, it is better to include citations in the middle of a film essay (body), so leave the introduction and conclusion for your personal reflections.

Depict the film’s theme and idea. A theme is what the viewer actually sees on the screen, and the idea is what you should understand behind the scenes. Pay attention to plot, dialogues between characters, camera work, and costume design. Analyze cinematographic devices used in films such as actors’ performances, as well as verbal and non-verbal language.

When you understand the fundamental methods the director used in the film, you can reveal what, in your opinion, they wanted to say to the audience. Describe the film’s positive and negative aspects in the middle paragraphs. What raises indifferent feelings in you? Depending on what methods the director used to influence the audience, the perception of the film may vary.

If you like the film you write about, it is necessary to explain what exactly captivated your attention. It may be a story relevant to today’s life circumstances or devices actors used in their performances. Define your own attitude towards the film and make your essay original.