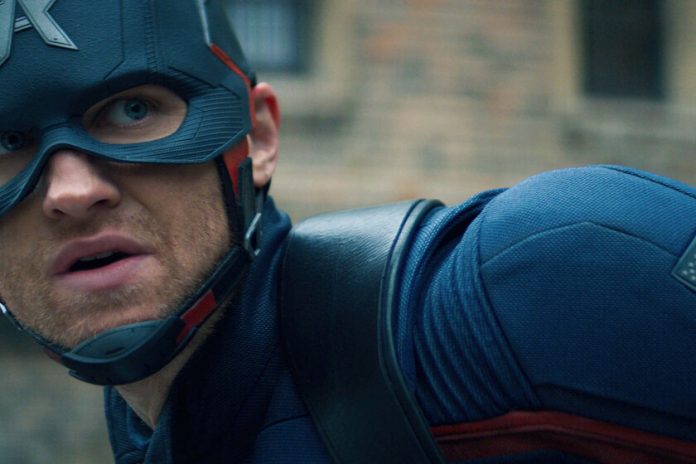 Regardless of how the second Marvel Studios television entry on Disney + seems to us, the central theme of ‘Falcon and the Winter Soldier’ ​​is clearly (and redundantly in the absence of subtext that the series has) the legacy of Captain America. With Steve Rogers (Chris Evans) retired, the series seeks to explore, through its own adventure, that symbolism.

Therein lies that contrast between the characters of Sam Wilson (Anthony Mackie) and Bucky Barnes (Sebastian Stan) and John Walker (Wyatt Russell). The first, heirs by “closeness” of the superhero and who see first-hand what happens when something as important as Captain America’s shield ends up in the wrong hands. That powerful ending to episode 4 with Walker losing his temper is a clear example of this.

Because beyond supersoldier sera, suits, shields and other superheroic mandangas, the series makes it clear that the habit does not make the monk and that in the wrong hands it can be a terrible thing. This meaning and legacy of Captain America is something that Marvel has been exploring practically since the glow of World War II faded and, with the contest resolved, the superhero genre waned in interest.

The war is over, the genre is over

The cause was simple: characters like Captain America and his overseas war adventures they remembered times to forget. At the end of 1946, the supersoldier, Namor, Human Torch and that batch of fighting heroes disappeared because, like “Smelly Pete” from ‘Toy Story 2’, there was no longer demand for them.

When almost two decades later Stan Lee and Jack Kirby decided to recover Captain America to lead ‘The Avengers’ in those first issues of 1964, they were aware that they had been frozen since the end of World War II erased all the adventures of Cap which had been published since shortly before the fall of Berlin.

But, beyond that trivial detail —which would be resolved years later, we’ll talk about it— Lee and Kirby recovered the latter’s character. like a man out of his time. How it reacted to the “new present” and what that shield was going to symbolize in such a rebellious era as the sixties would be touched in different ways over the years.

READ:  When will ‘Good Girls’ Season 4 be on Netflix?

And, among the decisions that were made at that time he emphasized avoiding putting the Supersoldier in a war. Specifically in Vietnam. “I don’t know if it would be in good taste to tackle something so serious by sending Captain America” Stan Lee would declare at the time. A diplomatic position taking into account the debate that existed around the intervention in the conflict and curious if we start to think that the Southeast Asian country was a recurring scene of the adventures of Iron Man and other heroes.

But they had designed the two great Marvel war wolves (along with Nick Fury) so that their field of action was espionage between powerful and scientifically and technologically advanced agencies such as HYDRA and IMA. Yes, heiresses of Nazism and with Red Skull trying to end it, but away from the warlike as if it were a declaration of intentions: The United States is not for wars, it is much more than that.

John Walker and the “two Americas”

That not to lose the center, the oremus in the sense of what the flag symbolizes, what are “typically American” values ​​and how a “healthy” patriotism is to be praised, so to speak. against political currents that try to appropriate it. And this is where the best stories related to superheroes such as Steve Engleheart’s Secret Empire saga come from and have emerged.

A great example is precisely the creation of the USAgente by one of the best scriptwriters the avenger has ever had, Mark Gruenwald. The intention with Superpatriota, as John Walker’s alter ego was baptized, was to confront the “two Americas.” Rogers’ urban New Yorker with a redneck prototype, from the rural southerner.

We could even talk about Democrats vs. Republicans like the two ways of understanding life and living in the “Land of the Free.” The rivalry between the two visions was not long in being noticed as a good antagonist for the Captain America collection of the mid-eighties. The Reagan era that plunged the country into a certain gloom, seemed the perfect setting for it.

The other Captains America

As I said at the beginning, the appearance of a frozen Captain America on the pages of number 4 of ‘The Avengers’ created a problem. If that was Steve Rogers, who was it that was dedicated to fighting communists in the mid-1950s? After a “corporate move” with numerous layoffs, Martin Goodman would inaugurate Atlas by rescuing the “Holy Trinity” from Timely’s heroes: Captain America, the Human Torch and Namor in number 24 (December 1953) of the anthology ‘Young Men ‘.

Resolving this contradiction was an exercise in retro-continuity on the part of Steve Engleheart almost twenty years later. In a small saga, in ‘Captain America and The Falcon’ 155 (November 1972), the adventure narrated by Carl Burgos would be reinterpreted, revealing that this was not the real Steve Rogers but a fan who, haunted by the disappearance of his hero, He discovered the formula for the super-welded serum and, not only not content with injecting himself, he decided to have surgery to look like Cap. Unfortunately, the formula was not completely complete and his mental health was compromised.

It wasn’t the only fix for postwar Captain America.. Over the years we would discover that there would have been two other incarnations during those later adventures in WWII and the aftermath.

Then, with Steve Rogers already alive again in the Marvel Era, we have had a number of official substitutes, including the protagonists of the Disney + series. A Newly “Risen” by Ed Brubaker Bucky Barnes I’d take Captain America’s shield once he is killed as a result of Mark Millar’s ‘Civil War’.

Years later (coming back to life) an aged Steve Rogers after passing through Dimension Z would find the new Captain America in Sam Wilson. The black hero would start a hard labor filling the super soldier’s boots not only before the villains but for all the commotion and racial discussion that this substitution supposes. Something that exploded more than Remender Nick Spencer, who in addition to carrying the Sam Wilson collection would design the Captain America Hydra saga, in which we would see a “modified” Steve Rogers seeking global domination.

‘Falcon and the Winter Soldier’ ​​stops to introduce us to one of the darkest episodes in the character’s mythology: Isaiah Bradley, aka “Black Captain America”brings up scientific experimentation with African Americans in a story inspired by cases like the Tuskegee Experiment.

In ‘Captain America: The Truth – Red, White and Black’, Steve Rogers faced a painful truth hitherto unknown to him. A comic about those guinea pigs the United States Army was testing the Supersoldier serum with rather than coming up with the perfect formula. A story as forceful as it is depressing created by Axel Alonso and directed by Robert Morales as screenwriter and Kyle Baker as a cartoonist.

The Disney + series takes the basis of that character and instead of putting Bradley as Steve Rogers’ predecessor, it puts him as a failed attempt to recreate the super soldier during the Korean War. Different scenario but same idea. By the way, as in the original comic, in the episode the grandson also appears, who later would take over from his grandfather as Patriot, a member of the Young Avengers (a group that he would form with the children of the Scarlet Witch).

The importance of legacy

We are in a moment of “transition” in which Marvel Studios is considering something that has been discussed at length in the comics. What does it mean to be a superhero and what does it mean to be THIS specifically?. Being Captain America implies a series of pillars and a certain moral axis and if you do not respect them well, you can dress the same as instead of a uniform, what you wear is an impostor costume

Being, Superman (for going to the competition) implies other factors; Batman, same; Iron Man, Thor, etc. can change their faces, but heo important is to respect the essence, the icon. In this sense, little by little it seems that the ground is being prepared for a second generation of heroes for new Avengers.