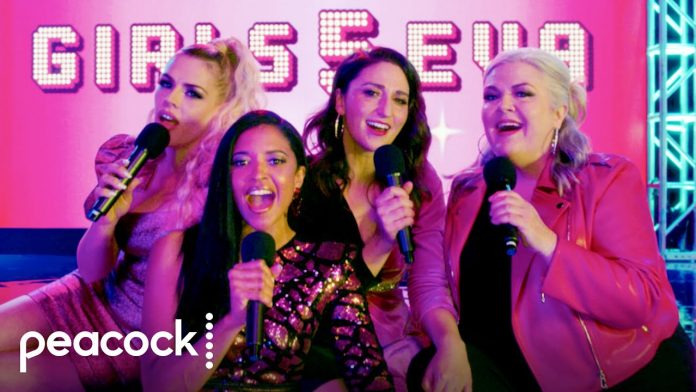 ‘Girls 5eva’ is an American musical drama with a good amount of comedy. The first season was released on 6th May 2021 and it consists of 8 episodes. The distributor is none other than Peacock Network.
Meredith Scardino is the creator and producer of the drama. Meredith is an American screenwriter and producer. She has also won the Emmy award for “Outstanding Writing for a Variety, Music, or Comedy Program” in 2008. It was won by a writing team that worked on ‘The Colbert Report’- a television program. She has also written for Unbreakable Kimmy Schmidt, Mr. Mayor, Saturday Night Live, At Home with Amy Sedaris, The Daily Show, Human Giant, and the 72nd Primetime Emmy Awards. A commendable career isn’t it?

A scattered musical group gets their chance to recreate the history in their forties, almost after 20 years. Girls 5Eva is a music group that was initially formed in 90s by 5 twenty something young girls. The group claimed in front of public back then that they would be famous all over the world and never drift apart. However after giving just one big hit, the group splits up and now at present are living in their forties struggling with their personal and professional life. Their life changes when, upcoming rapper Lil Stinker chooses their song. Once again the group is set to rock the world but this time with more determination and much more troubles. 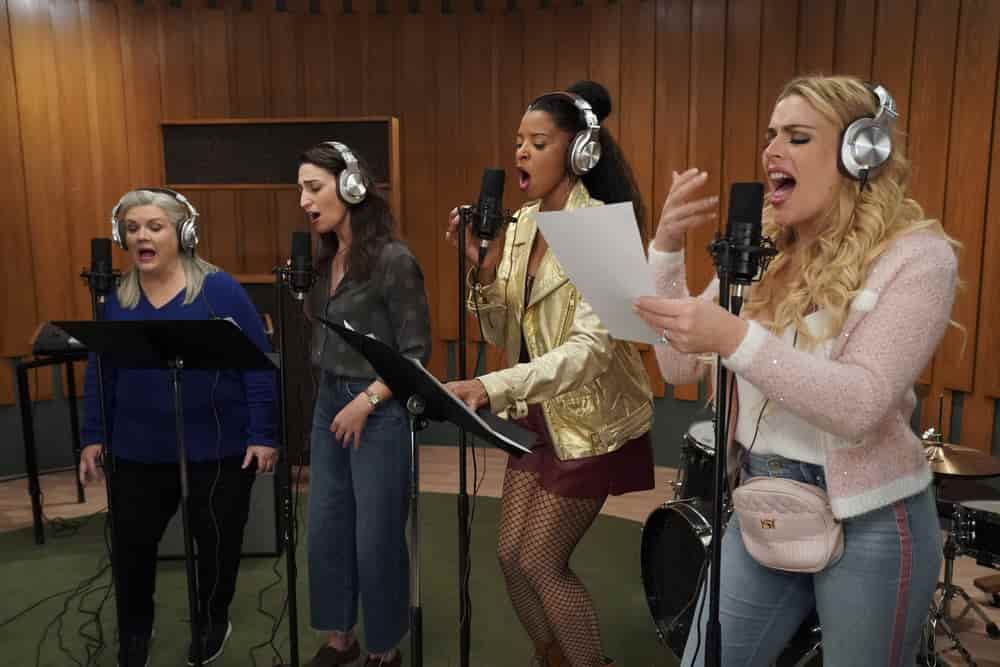 Girls 5Eva is a girl music group, formed by 5 young girls namely Gloria, Wickie, Summer, Ashley, and Dawn. They formed the group saying they will be famous all over the world and stay together forever. They gave one excellent song to the public and it got viral instantly giving them a pinch of fame. They performed on many MTV shows, TRL and Cribs.

I bet the flashback of that one hit song in episode 2 will give you nostalgia about the 90’s Era. A self-proclaimed Beyoncé styled 20 something girls acting all notorious and appealing on a not-so-good pop song.

However, the thing that every music group is scared of happens. Wickie, one of the girls, goes to pursue her solo career and leaves the group. In no time, the group splits up and finishes off their music career.

Coming back to the present, now all the girls are in their forties and now busy with one or the other thing. Dawn works at her blunt brother’s restaurant and fears his confrontation. Gloria is a hardworking dentist now, however in her personal life, she got divorced from her wife setting the history of ‘a first-ever gay couple of new york to get divorced’. Summer is married to a band singer who barely visits home. Wickie shows herself as successful and glamorous, adopting her beauty from her twenties. However, she is the one who is struggling the most and her solo career had also been rough and flat. Ashley, the fun girl, died back in 2004 in a horrible infinity pool accident. Sadly, now they are four, instead of five!

READ:  "I wish I was more like Joaquin Phoenix": Emma Stone rules out any similarity between 'Cruella' and 'Joker'

On a fine day almost 20 years later, rapper Lil Stinker chooses their ‘old school’ song, and the thought of the glory of fame and independence flashes in front of girls’ eyes. Now the big question arises, ‘will they be together actually?’ ‘Are they willing to be back?’ ‘Will each one be agreeing?’ ‘What if the ego clashes?’

The ‘Getting back together’ stage took a little too long and made the story a little slow. However, the patriarchal comments, real-life comedy, and a feminist attitude made it worth watching. They meet up and the conversation took a little hype when they tried to dump one another. Even if they agree on getting back together, ‘how would they manage their household, kids, spouse, and parents?’ remains a big question.

The story shows many struggles of new edge women who struggle to balance their work and personal life. Dwan is the most stable girl who is sure about everything in life and ready to pursue her old passion. Wickie has a commendable stage presence because of her Broadway works. However, after seeing the real Wickie behind the layer of wannabe Beyoncé, her true love and dedication for work and music were revealed. Gloria is a perfect mixture of sarcasm and seriousness. She shares a loving bond with summer. The group seems to be divided into two pairs i.e. ‘Dawn and Wickie’ & ‘Gloria and summer’. Not officially but due to strong bonding and affection with the one than with the rest. The first pair is the one who tries to see their future as real performers and tries to give their best to the group. However, our other pair is more seen struggling with their romantic frustrations. So the series gets the balance of music work and romance.

Gloria is the only character whose role is played by two different actresses, one in her twenties and another one in her forties. And the same gave the audience a little annoyance to the series.

How they pursue their career ahead and how they become famous would be an exciting journey filled with comedy, lots of feminist comments, love, and the reality of the patriarchal world. It is a happy-go-lucky show with just 8 episodes making it easier to binge-watch. This combination of Y2K era flashback and GenZ reality would remind you of pop culture and its evaluation over the period of time.

Season 2 is confirmed by the Peacock Network in June 2021 and would be released somewhere in the middle of 2022. Fans are eagerly waiting to see the girls rocking and inspiring.

What other good points do you need to know before giving it a shot? Just go ahead and watch it out.