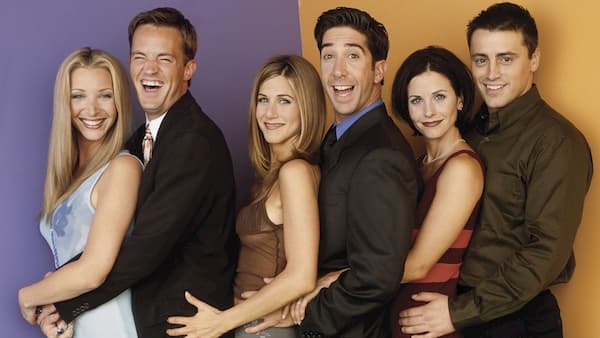 One of the exciting sitcom American series that most people love to stream on Netflix is “Friends“. Fans and viewers will surely want to know everything about the series and its amazing star cast. You may know many facts about the series but fans will get a surprise knowing about this one. There is a ritual that cast members perform before the beginning of shooting for each and every episode of “Friends”. Know more about it here.

“Friends” is an American television series that happens to have overwhelming popularity all over the world. Fans are always curious to know about anything that is related to the series. The viewership and fame of the series are growing up since it did premiere its first episode back on 22 September 1994. But even now after such a long time, we happen to know about new things every day about the series.

Recently, there was a revelation about the cast of the series “Friends” to perform a ritual before the filming of each episode. We all know about it now thanks to the cast member Courtney Cox’s ex-husband, David Arquette. He did reveal that once he did capture the ritual of the cast in behind the scene video. But David did not share the video and he now claims to have lost the footage.

READ:  A Discovery of Witches Season 2 Episode Details and Cast

Well, even though David was asked so many times in different ways, he did not mention a thing about the ritual. But he did share the video of ritual to other cast members of the series. So there are chances that fans may get to watch the ritual that cast members perform before filming each episode in the future.

David states, “There’s, like, this charming ritual they do right before… I don’t want to talk too much cause I’m sure they’ll share it, but a few rituals they do before they go out, which I filmed, which was really sweet.”